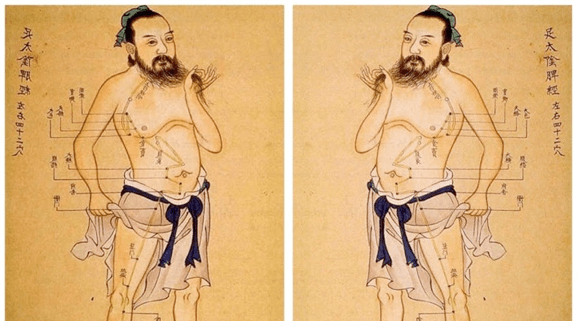 Acupuncture is an ancient Chinese medical tradition, believed to date back to around 200BC. The earliest written reference to acupuncture is in the Yellow Emperor’s book of medicine, the Nei Jing.

Acupuncture involves the insertion of needles into different parts of the body. These are believed to influence the Qi, or ‘life force’, that runs through invisible channels throughout the body. Acupuncturists must place the needles into specific points, known as acupoints. The acupoints are thought to form patterns in the body like constellations in the night sky.

Drawing on classical Taoist philosophy, acupuncturists believe that illness is caused when the body’s yin and yang elements become imbalanced. The word Yin refers to material substance, while the word Yang signifies formless energy. According to acupuncturists, the body should create a natural balance between both yin and yang, but if an imbalance does occur, acupuncture can help to re-work the balance.

Yes. In the past 4,500 years, more people have been successfully treated with acupuncture than with all other health modalities combined. Today acupuncture is practiced widely in Asia, the former Soviet Union, and in Europe. It is now being used more and more in modern society.

Acupuncture treatments can be given at the same time that other techniques are being used, such as conventional Western medicine, osteopathic or chiropractic adjustments, and homeopathic or naturopathic prescriptions.

Does the patient have to believe in acupuncture for it to really work?

No. Acupuncture has been used to successfully treat cats, dogs, horses and other animals in a number of well-documented veterinary acupuncture studies. These animal patients do not understand or believe in the process that helps them get better.

The classical Chinese explanation is that there are channels of energy (qi or ch’i) that form regular patterns throughout the body. These energy channels, called “meridians,” are like rivers flowing through the body to irrigate and nourish the tissues. An obstruction in the movement of these energy rivers is like a dam that backs up the flow in one part of the body and restricts it in others. Needling or otherwise stimulating the acupuncture points can influence the meridians. The needles help unblock the obstructions and re-establish the regular flow through the meridians. By harmonizing the flow of energy in the meridians, acupuncture can help correct imbalances in many of the body’s systems, including the internal organs.

The modern scientific explanation is that needling the acupuncture points stimulates the nervous system to release chemicals in the muscles, spinal cord, and brain, including endorphins, enkephalins and other neurotransmitters. These chemicals will either change the experience of pain, or they will trigger the release of other chemicals and hormones which influence the body’s own internal regulating system, bringing about a normalizing effect on neuroendocrine function. The improved energy and biochemical balance produced by acupuncture results in stimulating the body’s natural healing abilities, and in promoting physical and emotional well-being. 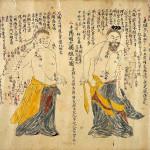 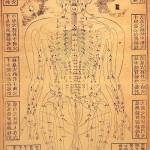 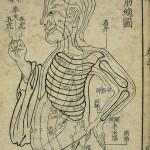 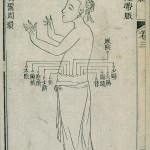 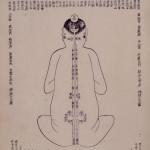 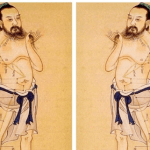 How Acupunc­ture Works on the Brain

Acupunc­ture stim­u­lates points on the body that send bio­elec­tric sig­nals to the brain. This is known as the cor­ti­cal model for under­stand­ing the func­tion of acupunc­ture. The elec­tri­cal prop­er­ties of acupunc­ture points are mea­sur­able with elec­tri­cal meter­ing devices and the cor­re­spond­ing changes to brain func­tion are mea­sur­able with two types of MRIs (PET scans, fMRIs). Take a look at the image above. The chief radi­ol­o­gist at the Uni­ver­sity of Cal­i­for­nia, Irvine mea­sured the effects of sev­eral points. This MRI image is of the brain upon stim­u­la­tion of point SJ5 that has known to ben­e­fit hear­ing for over a thou­sand years. SJ5 is located near the wrist. The image com­pares the brain’s reac­tion to sound with the brain’s reac­tion to the stim­u­la­tion of SJ5. As shown in the image, the reac­tions are strik­ingly sim­i­lar. This exper­i­ment has been repeated at many other points and shows that acupunc­ture points engage the brain’s response sys­tems to engage in spe­cific heal­ing processes.