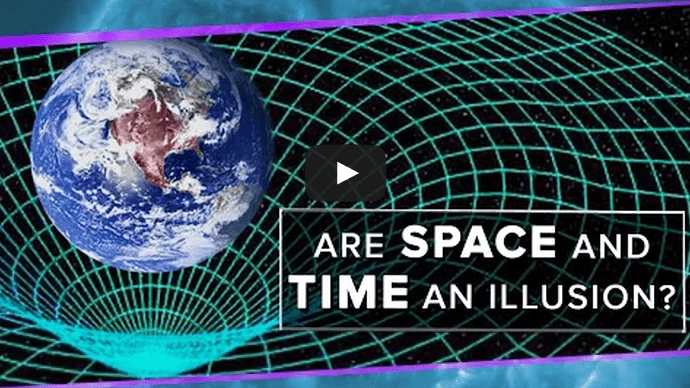 What exactly is spacetime? Well, it’s a mathematical model that combines measurements of both space and time into a single continuum, with space consisting of three dimensions, and time consisting of one dimension – known as the fourth dimension. Simple! Okay, it’s really not, but the video above by the PBS Space Time channel is here to explain it all to you in the easiest way possible.

First off, if we can already quantify both space and time, why do we need to combine them into an entirely new measurement? As Gabe Perez-Giz explains in the video above, we need it because we could have two ‘observers’ of space and time – two different types of particles, for example – and they could both disagree on how much space there is between things at any given point in time.

hey could even disagree about the actual sequence of events that have occurred. But as long as their measurements are consistent, neither observer is wrong. Both particles have the correct measurements of space and time, despite coming up with completely different answers.

Put simply, this means that an event in someone’s past could be in someone else’s future, and there would be nothing ‘wrong’ about either of their realities. “Any disagreement means that there is no universal division of events in the past, present, and future, which opens major philosophical cans of worms for things like free will, and our belief that we can change the future,” says Gabe. “So is everyone’s experience of the Universe entirely subjective? If time and space as we usually conceive of them aren’t part of objective reality, then what is?”

If you’re confused, that’s okay, if you’re intrigued, good! The video above has the answers you need, and you just might come out of it with a brand new, much clearer understanding of one of the most important concepts in physics (and a thoroughly blown mind). You’re welcome.