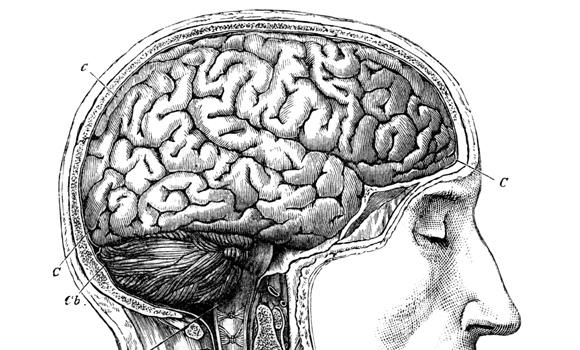 Brain antomy, 19th century artwork. Artwork from the 1886 ninth edition of Moses and Geology (Samuel Kinns, London). This book was originally published in 1882.
Share This:

Philosophers have a way of asking questions and providing answers with concepts that sometimes blow your mind. This book by Thomas Nagel might do the same. It’s called “Mind and Cosmos: Why the Materialist Neo-Darwinian Conception of Nature is Almost Certainly False.”

The book might seem a little too science, and that’s too bad, because any armchair philosopher could crack this nut, as a generalist is aware of art, politics, and humanities. He’s been criticized by the evolutionists, though, because, he says, Darwin was absolutely wrong. He’s gotten some knocks, too, from the religious right, too, as if he notched up some street cred with the like of Aristotle by pissing of the established establishment.

The author of this book says that there is a whole other realm of “stuff” that exists – namely the stuff in your brain: thoughts, feelings, concepts, perceptions..and the exist in a third reality, not just mere electrical synapse firing off.. thoughts are things just like chairs, dogs, atoms, and sunlight. In otherwords, if you were to map out the brain in say, a snap shot of a moment, the brain map would only explain how all of this realm is connected. Brain experiences are as real and unique as brain waves.

In the same way that biology is a special realm of science itself, distinct from physics, one’s mental activity is separate and unique in life itself. Therefore, Darwin theory, that we all came from a chemical reaction with natural selection, does not account for the creation of the realm of the mind.

Going further, Nagel argues that reason and perception are two different things in the realm. Any theory of the Universe, any comprehensive mesh of physics and biology will only succeed when a “natural order is disposed to generate beings capable of comprehending it” in the first place. This is the start of the theory of “teleology” – a preprogrammed, built in tendency toward the existence and creation of this whole other mental realm. “Each of our lives is part of a lengthy process of the universe gradually waking up and becoming aware of itself.”