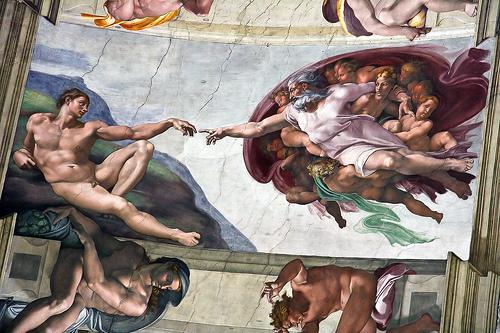 Michelangelo Hid Anatomy of Brain in the Sistine Chapel
Tweet

Detailed analysis of Michelangelo’s Sistine Chapel frescoes reveals a secret that’s been hidden for 500 years: an image of the human brainstem in a panel showing God at the beginning of Creation, according to an article in the May issue of Neurosurgery, official journal of the Congress of Neurological Surgeons.

Michelangelo diagrams the Brain in the Sistine Chapel: Human Brainstem Is Depicted in Image of God, Neurosurgery Authors Argue The journal is published by Lippincott Williams & Wilkins, a part of Wolters Kluwer Health, a leading provider of information and business intelligence for students, professionals, and institutions in medicine, nursing, allied health, and pharmacy.

“We propose that Michelangelo, a deeply religious man and an accomplished anatomist, intended to enhance the meaning of this iconographically critical panel and possibly document his anatomic accomplishments by concealing this sophisticated neuroanatomic rendering within the image of God,” write medical illustrator Ian Suk, BSc, BMC, and neurosurgeon Rafael Tamargo, MD, of The Johns Hopkins School of Medicine, Baltimore.

Image of Brainstem Concealed in Panel Showing Separation of Light from Darkness:

The “concealed neuroanatomy” is found in Michelangelo’s painting of the Separation of Light from Darkness, one of a series of nine Sistine Chapel panels showing scenes from the Book of Genesis. According to Suk and Tamargo, “anatomically correct ventral [front] depiction” of the brainstem can be seen in God’s neck.

The authors present several lines of evidence to support their contention. History shows that Michelangelo was an avid student of anatomy, who performed cadaver dissections throughout his life. “We speculate that during his numerous dissections, Michelangelo possibly dissected the brain and spinal cord and that over the years he probably acquired a sophisticated understanding of gross neuroanatomy,” Suk and Tamargo write. They buttress their argument by showing that the anatomy of God’s neck is inaccurate. That discrepancy has been noticed before, with one previous critic suggesting that Michelangelo had painted God with a goiter (enlarged thyroid). Suk and Tamargo also show that the light source illuminating God’s neck differs from that of the rest of the painting. For an artist of Michelangelo’s anatomical and technical prowess, it’s unlikely that these discrepancies were simple mistakes, Suk and Tamargo believe. They also note that God’s beard appears “rolled up,” as if to draw attention to the neck, whereas other panels show God with a long, flowing beard. Suk and Tamargo aren’t the first to suggest that Michelangelo included images of the brain in his Sistine Chapel frescoes. A previous researcher found an outline of the brain embedded in the famous panel depicting the Creation of Adam.

“We speculate that having used the brain motif successfully in the Creation of Adam almost a year earlier, Michelangelo wanted to once again associate the figure of God with a brain in the iconographically critical Separation of Light From Darkness,” Suk and Tamargo write. They note the powerful symbolism of incorporating the human brain into a depiction of “the first act performed by God in the creation of the universe… situated immediately above the altar in the chapel.”

The authors acknowledge “the perils of overinterpreting a masterpiece” — and that not all art historians and other viewers will agree with their conclusions. However, they believe that a close analysis of the image, supported by the historical record, backs their interpretation: that Michelangelo “cleverly enhanced his depiction of God…with concealed images of the brain, and in this way celebrated not only the glory of God but also that of His most magnificent creation.” 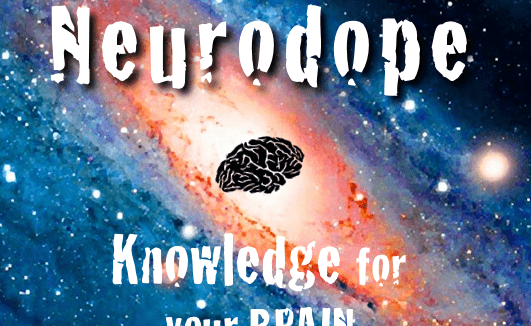