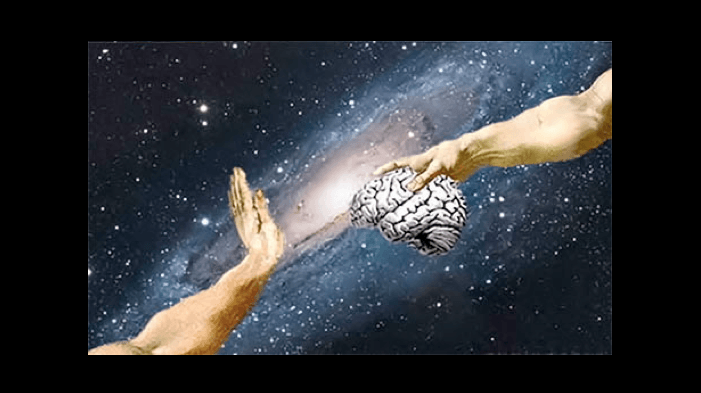 Scientists have long speculated that the human brain features a “God spot,” one distinct area of the brain responsible for spirituality. University of Missouri researchers even completed research that (not surprisingly) indicated spirituality is a complex phenomenon, and multiple areas of the brain are responsible for the many aspects of spiritual experiences.

“We have found a neuropsychological basis for spirituality, but it’s not isolated to one specific area of the brain,” said Brick Johnstone, professor of health psychology in the School of Health Professions. “Spirituality is a much more dynamic concept that uses many parts of the brain. Certain parts of the brain play more predominant roles, but they all work together to facilitate individuals’ spiritual experiences.” While researchers have been focused on finding a ‘God spot’ in the brain, the new research suggests that it might be better to focus on the neuropsychological questions of self focus vs selfless focus. As Prof. Johnstone explains: “when the brain focuses less on the the self (by decreased activity in the right lobe) it is by definition a moment of self-transcendence and can be understood as being connected to God or Nirvana. It is the sensation of feeling like you are part of a bigger thing.”

The research does not make claims about spiritual truths but demonstrates the way that the brain allows for different kinds of spiritual experiences that Christians might name God, Buddhists it could be Nirvana, and for atheists it might be the feeling of being connected to the earth.

On the other end of the spectrum, Professor Johnstone admits that for him it is the music of Led Zeppelin that helps him transcend himself: “When I put on my headphones and listen to “Stairway to Heaven” I just get lost.”

So, there is no such thing as a “God Spot” in the brain. But will the scientists stop to lick their wounds? Nope. The show must go on, with a little help from our Mormon friends:

A group of researchers at the University of Utah has launched a new project aimed at understanding how the brain operates in people with deep spiritual and religious beliefs.

The researchers are hoping to learn what, if any, impact religious and spiritual events have on the human brain.

“It’s staggering how little information there is about traditional spiritual experiences and the brain.” said Jeffrey Anderson, principal investigator on the project and assistant professor of neuroradiology.

“Religious and spiritual stimuli are among the most profound influences on behavior that exists. The neuroscience of spirituality, however, is almost completely unknown,” said Anderson. “We want to study what happens in the brain when someone has a spiritual experience.”

They have previously studied autism, Down Syndrome and Zen masters during meditation and, after five years of discussing such a project, decided to tackle the effect of religion on the brain.

They are currently in the process of recruiting study participants. Specifically, they are seeking members of The Church of Jesus Christ of Latter-day Saints who served missions, are between 20 and 30 years old and are currently active in the faith. Participants will be asked to undergo an hourlong MRI scan during which they will take part in a set program made up of scripture, music, church-related videos and time for prayer.

“When you look at religion and religious history, hands down religion is the No. 1 force in the social history of human beings, so that intersection of religion and of this supremely social organ, the human brain, is such a necessary set of questions for us to be exploring.”