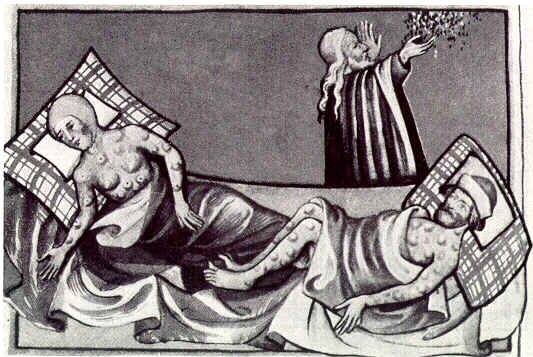 Could scientists be grasping at straws now by trying to attach the idea of “climate change” to the infamous “Black Plague” of the European Middle Ages?

The research provides evidence that repeated European plague outbreaks in the four centuries following the original Black Death (1347-1353) were due to reintroductions of the disease rather than a latent reservoir of the responsible Yersinia pestis bacterium in local rats.

Norwegian and Swiss researchers analyzed records of more than 7,700 European plague outbreaks between 1346 and 1837, finding 61 outbreaks in 17 harbors such as London, Hamburg, and Dubrovnik, which were likely imported with Asian shipments. In 16 separate years during that period, the disease’s emergence could not be explained by contagion from nearby areas, suggesting that the plague had been reintroduced. To further investigate the reason for the sudden resurgence of the Black Death on multiple occasions, the scientists examined historical climate data from juniper tree rings in both Europe and Central Asia, where the plague was known to have originated. There was no apparent link between European climate and the emergence of an outbreak, but when the weather was warmer in Central Asia, followed by a cold spell, the plague showed up in Europe 15 years later. The balmy weather caused gerbil populations to flourish, and previous work had shown that a 1°C increase in average temperature doubles the prevalence of plague carried by gerbils, study coauthor Nils Stenseth of the University of Oslo told New Scientist. When drier weather set in, the gerbil population crashed, and their plague-carrying fleas were forced to find new hosts—possibly humans, camels travelling the Silk Road, or rats stowed aboard ships traveling to Europe.

Unlike rats, gerbils are fairly resistant to the plague. Moreover, the warm, dry summers needed for a rat-driven outbreak did not occur in Europe, according to the researchers. “The Black Death cannot primarily be understood by what happened in Europe. You have to understand what happened . . . in Central Asia,” Stenseth told Science News. 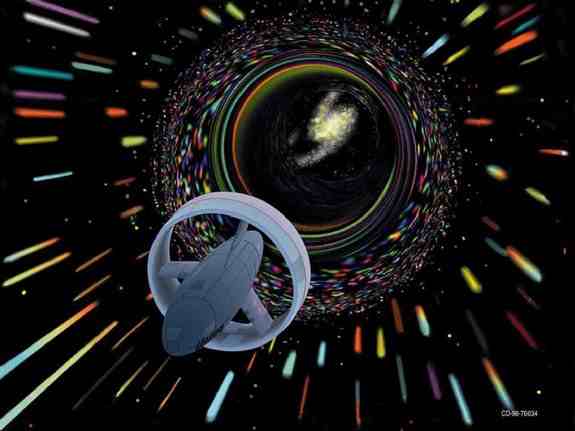 Researchers at NASA’s Johnson Space Center in Houston have found that a microwave thruster system that requires no propellant does indeed generate a small amount of [...]