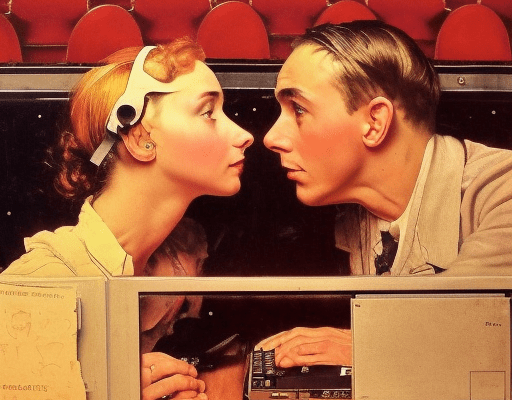 Brain-computer interfaces (BCIs) have long been considered the stuff of science fiction, but recent advancements in technology have made them a reality. These interfaces allow users to control computers and other devices directly with their thoughts, and the potential applications for this technology are endless. One of the most intriguing possibilities for BCIs is the ability to connect with other people in a way that is truly unprecedented.

The result of this technology is nothing short of astounding: Complete strangers are able to connect with each other in a way that is both deep and meaningful.

When wearing their BCIs, people began to fall in love and develop a strange desire to watch intellectual movies that are directed by Woody Allen.

“As soon as we connected with our BCI, we had a gnawing yearning to watch Annie Hall over and over again.”

The reason behind this phenomenon is not entirely clear, but it is believed that the BCIs allow people to connect on a level that is not possible through traditional means of communication. The technology is able to bypass the filters and barriers that normally exist between people, allowing them to truly connect with one another in a way that is unique and profound.

This new application of BCIs is still in its early stages, but it has already shown great promise. The potential for this technology to change the way we interact with one another is truly exciting, and it will be interesting to see how it develops in the coming years. 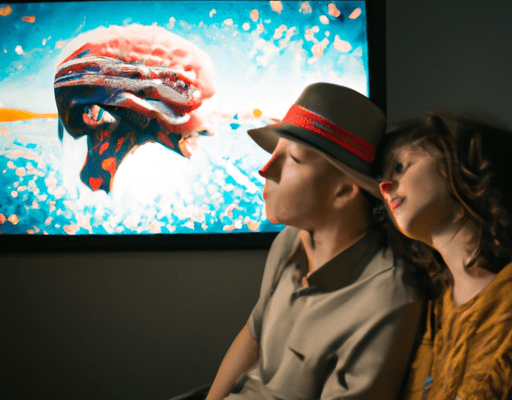 Midnight in Paris became a meandering stroll through the hippocampus.

However, it is also important to note that this kind of technology also raises ethical concerns about privacy and security. Further research and development is needed to fully understand the potential benefits and risks of such technology.

The idea of people falling in love with strangers and having a weird desire to watch Woody Allen’s movies is not a realistic scenario and should be taken with a grain of salt.

Overall, the development of BCIs controlled by AOL chatrooms is a step towards a new kind of human connection, but it is also important to consider the ethical implications and not to overstate the capabilities of this technology.