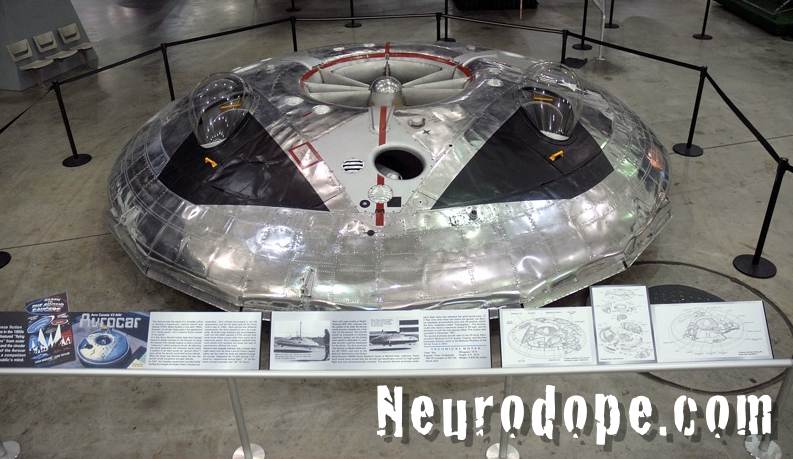 The Avro Canada VZ-9 Avrocar was a VTOL aircraft developed by Avro Aircraft Ltd. (Canada) as part of a secret U.S. military project carried out in the early years of the Cold War. The Minister for Defense Production informed the House of Commons that Avro was indeed working on a “mock-up model” of a flying saucer, capable of flying at 1,500 miles per hour (2,400 km/h) and climbing vertically.

The Avrocar intended to exploit the Coandă effect to provide lift and thrust from a single “turborotor” blowing exhaust out the rim of the disk-shaped aircraft to provide anticipated VTOL-like performance. Development was taken up by the U.S. Army for a tactical combat aircraft requirement, a sort of high-performance helicopter. In flight testing, the Avrocar proved to have unresolved thrust and stability problems that limited it to a degraded, low-performance flight envelope; subsequently, the project was cancelled in September 1961. Initial performance requirements for the Avrocar were a ten-minute hover capability in ground effect and 25-mile (40 km) range with a 1,000 lb (450 kg) payload. Originally designed as a fighter-like aircraft capable of very high speeds and altitudes, the project was repeatedly scaled back over time and the U.S. Air Force eventually abandoned it.

The 124-blade “turborotor” sat in the center of the triangle, with most of the rotor’s thrust directed straight down through an opening in the lower surface, but some was bled off to power the control system running along the outer rim of the disk. Until control problems were completely solved, the Avro test pilots acquired a “touch” for the extremely sensitive control inputs and Avro Aircraft Chief Development Test Pilot Potocki was eventually able to demonstrate a “hands-off” flight.