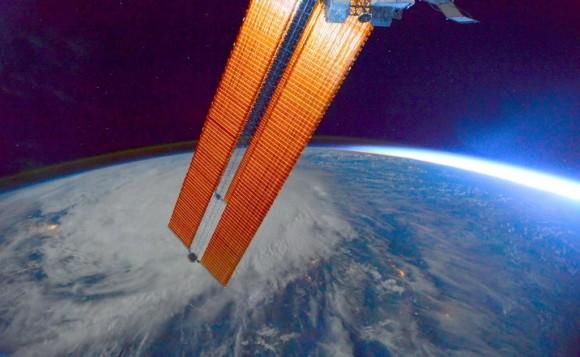 As a million people fled their homes in the Philippines in search of safety from the typhoon, astronauts on the International Space Station could clearly see the cause of the disruption — Typhoon Hagupit, which struck the chain of Asian islands this weekend.

“This storm looks incredibly dangerous — praying for the people of the Philippines,” wrote Expedition 42 astronaut Terry Virts in one of a series of pictures he tweeted from space yesterday (Dec. 6). Three deaths have been reported in media so far in the Philippines due to the storm. While the Guardian said the typhoon is the biggest to hit the area this year, reports say it’s not as big as Haiyan, which killed thousands last year. Winds from Hagupit were reported at 106 miles per hour (170 kilometers per hour) in the central Philippines. The BBC says that the Red Cross is now trying to reach the affected areas to give aid.

The Category 3 typhoon is called “Ruby” among the locals

As always, weather agencies around the world are providing forecasts as they can through satellite imagery. Astronaut Terry Virts sent several pictures from space, which you can see here.