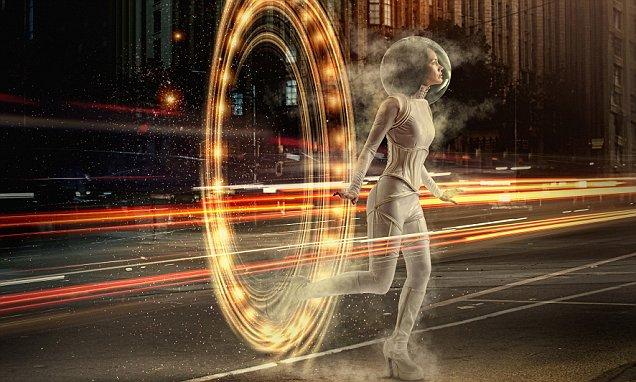 Even before the Einstein theorized that the time is relative and flexible, humanity had already been imagining the possibility of time travel. In fact, science fiction is filled with time travelers. Some use metahuman abilities to do so, but most rely on a device generally known as a time machine.

Now, two physicists think that it’s time to bring the time machine into the real world — sort of. “People think of time travel as something as fiction. And we tend to think it’s not possible because we don’t actually do it,” Ben Tippett, a theoretical physicist and mathematician from the University of British Columbia, said in a UBC news release. “But, mathematically, it is possible.”

Essentially, what Tippet and University of Maryland astrophysicist David Tsang developed is a mathematical formula that uses Einstein’s General Relativity theory to prove that time travel is possible, in theory. That is, time travel fitting a layperson’s understanding of the concept as moving “backwards and forwards through time and space, as interpreted by an external observer,” according to the abstract of their paper, which is published in the journal Classical and Quantum Gravity.

Oh, and they’re calling it a TARDIS — yes, “Doctor Who” fans, hurray! — Which stands for a Traversable Acausal Retrograde Domain in Space-time. Feasible but Not Possible. Yet. “My model of a time machine uses the curved space-time to bend time into a circle for the passengers, not in a straight line,” Tippet explained. “That circle takes us back in time.”

Simply put, their model assumes that time could curve around high-mass objects in the same way that physical space does in the universe. For Tippet and Tsang, a TARDIS is a space-time geometry “bubble” that travels faster than the speed of light. “It is a box which travels ‘forwards’ and then ‘backwards’ in time along a circular path through spacetime,” they wrote in their paper. Unfortunately, it’s still not possible to construct such a time machine.

“While is it mathematically feasible, it is not yet possible to build a space-time machine because we need materials — which we call exotic matter — to bend space-time in these impossible ways, but they have yet to be discovered,” Tippet explained.

Indeed, their work isn’t the first to suggest that the time traveling can be done. Various other experiments, including those that rely on the photon stimulation, suggest that time travel is feasible. Another theory explores the potential particles of time. However, some think that a time machine wouldn’t be feasible because time traveling itself isn’t possible.

One points to the intimate connection between time and energy as the reason time traveling is improbable. Another suggests that time travel isn’t going to work because there’s no future to travel to yet.

Whatever the case may be, there’s one thing that these researchers all agree on. As Tippet put it, “Studying space-time is both fascinating and problematic.”