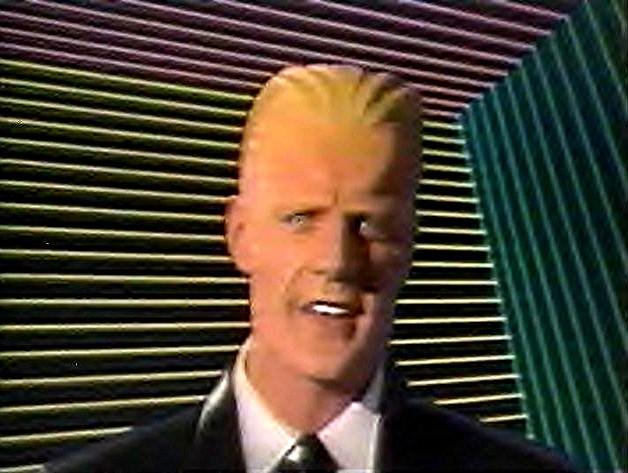 The Wyoming Incident (or The Wyoming Hijacking) is a case of television broadcast hijacking/hacking. A hacker managed to interrupt broadcasts from a local programming channel (believed to serve several smaller communities in the county of Niobrara) and aired his/her own video. The video contained numerous clips of disembodied, human heads showing various emotions and “poses.” The camera position changed often (usually every ten-to-fifteen seconds) and the video was often interrupted by a “SPECIAL PRESENTATION” announcement.

The video is mostly locally well-known, and would probably not even be that popular if it were not for the effects it had on the few residents who watched it for an extended period of time.

While some believed it was paranormal, specialists have determined that the cause of these afflictions were frequencies played regularly throughout the broadcast. In this clip, the frequency being played is somewhere between 17 and 19 hz.

This range of frequency, when played for long periods of time, causes the eyes to subtly vibrate, sometimes inducing visual hallucinations.

Right up until 9:14 PM on November 22nd, 1987, what appeared on Chicago’s television sets was somewhat normal: entertainment, news, game shows. That night, as usual, Dan Roan, a popular local sportscaster on Channel 9’s Nine O’Clock News, was narrating highlights of the Bears’ victory over the Detroit Lions. And then, suddenly and without warning, the signal flickered up and out into darkness.

In the control room of WGN-TV, the technicians on duty stared blankly at their screens. It was from their studio, located at Bradley Place in the north of the city, that the network broadcasted its microwave transmission to an antenna at the top of the 100-story John Hancock tower, seven miles away, and then out to tens of thousands of viewers. Time seemed to slow to a trickle as they watched that signal get hijacked.

A squat, suited figure sputtered into being, and bounced around maniacally.

Wearing a ghoulish rubbery mask with sunglasses and a frozen grin, the mysterious intruder looked like a cross between Richard Nixon and the Joker.

Static hissed through the signal; behind him, a slab of corrugated metal spun hypnotically. This was not part of the regularly scheduled broadcast.