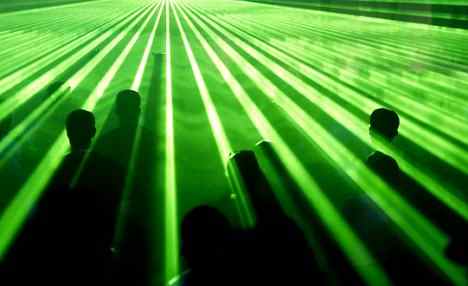 A lecturer at the University of British Columbia and high school teacher of physics, mathematics and biology, Dr. Glen MacPherson doesn’t remember the first time he heard the sound. “Once I realized that this wasn’t simply the ambient noise of living in my little corner of the world, I went through the typical stages and steps to try to isolate the sources,” said MacPherson.

MacPherson turned his focus to scientific literature and pored over reports of the mysterious noise before coming across an article by University of Oklahoma geophysicist David Deming in the Journal of Scientific Exploration, a peer-reviewed academic journal devoted to exploring topics outside of mainstream science.

“The Hum” refers to a mysterious sound heard in places around the world by a small fraction of a local population. It’s characterized by a persistent and invasive low-frequency rumbling or droning noise often accompanied by vibrations.

Listen: An alleged recording of the Auckland Hum by Prof. Tom Moir. Plug in your headphones or increase the volume of your speaker system to maximum to hear:

While the uneven experience of the Hum in local populations has led some researchers to dismiss it as a “mass delusion,” the nuisance and pain associated with the phenomenon make delusion a dissatisfying hypothesis. Intrigued by the mysterious noise, MacPherson launched The World Hum Map and Database in December 2012 to collect testimonies of other Hum sufferers and track its global impact. So what’s behind the Hum? After nearly four decades, Hum investigators may finally have some idea. The general consensus among sufferers is that the Hum is comprised of very low frequency (or ‘VLF’, in the range of 3 kHz to 30 kHz and wavelengths from 10 to 100 kilometers) or extremely low frequency (or ‘ELF’, in the range of 3 to 30 Hz, and corresponding wavelengths from 100,000 to 10,000 kilometers) radio waves, which can penetrate buildings and travel over tremendous distances.

Both ELF and VLF waves have been shown to have potentially adverse affects on the human body. While the common refrain about ELF radiation in popular culture normally involves your cell phone giving you cancer, research by the World Health Organization and the Institute for Electrical and Electronics Engineers has shown that external ELF magnetic fields can induce currents in the body which, at very high field strengths, cause nerve and muscle stimulation and changes in nerve cell excitability in the central nervous system. And VLF waves, like other low-frequency electromagnetic radiation, have also been shown to have a direct impact on biological functions. State-funded tests on Hum-affected regions may yield data that could lead to a real-world solution, rather than conspiracy theories. Until then, developing a unified picture of the Hum is exactly what MacPherson wants to accomplish in British Columbia. By providing one destination for Hum data and testimony, he’s hoping that professional and independent researchers will use the collected data to help develop and execute experiments that could help identify the source of their local Hum.