The Kailasa temple is one of the largest rock-cut ancient Hindu temples located in Ellora, Maharashtra, India. It was built in the 8th century by the Rashtrakuta king Krishna I as attested in Kannada inscriptions. This is one of the 34 temples and monasteries known collectively as the Ellora Caves. These extend over more than 2 km, were dug side by side in the wall of a high basalt cliff in the complex located at Ellora. 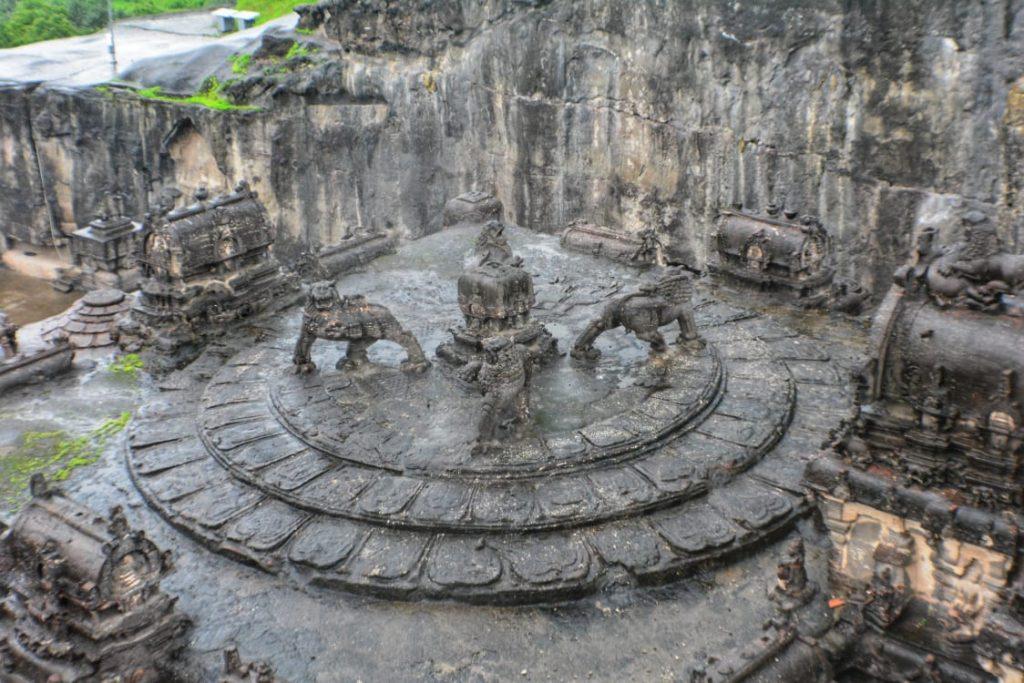 The Kailasa is a remarkable example of Dravidian architecture on account of its striking proportion, elaborate workmanship, architectural content, and sculptural ornamentation of rock-cut architecture.The temple was commissioned and completed between 757-783 CE, when Krishna I ruled the Rashtrakuta dynasty. It is designed to recall Mount Kailash, the home of Lord Shiva. It is a megalith carved out of one single rock.