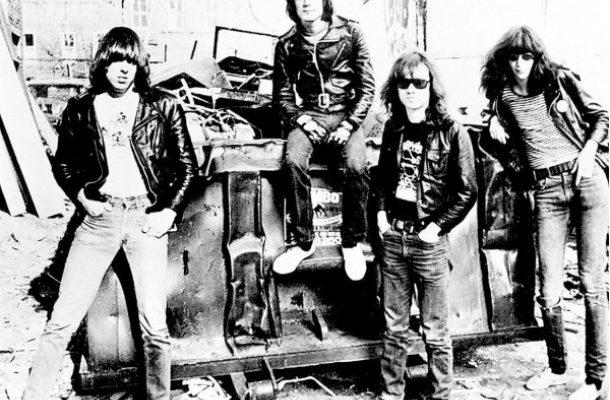 It was in the days that FM radio laid it on thick with big ornamental rock and stadium ballads when Led Zeppelin and Crosby Stills Nash & Young were lacing the airwaves and selling LP’s that were glossy and almost too slick for rockers. It became labeled, cataloged, and “Framptoned” (sold out) enough that in the heartbeat of New York a sort of smart primitive grew like a beast breaking eggs.

Rejecting the status quo was the first value statement in the music, and the music became the Punk Rock scene. The labels did get their attention, and with the Stooges at Electra, a sort of slick expectation came down from the corporate suits to make that hit for radio, but the Stooges had musical growth in mind, after all, their simplistic and raw music to induce teenage riots came from genius. But soon they were dropped like the Velvets before, because they just seemed to not fit.

It was about time that Punk rolled around, as the kids who rocked out to the 50’s Elvis and Jerry Lee Lewis tunes were growin up and growin hair into the 60’s and man they had it together, man, cause they were the ‘experience’ those Baby Boomers.

But the underground bands of Punk came closer to the vibe of the early rockers because they went back to the roots. After all, Rock n Roll music became another Big Show with Big albums like Sgt. Pepper Hearts Club Band..it became an Industry and rebellion wouldn’t have anything to do with it. The Heavy Rock Arena filled concerts left the street corner leather jacketed audience empty of a sound that represented them – those that didn’t belong.. they weren’t the smart kids, they weren’t playing football, they saw the music becoming more like a business and that didn’t rock.

Fanzines from undergound scenes hailed the Troggs’ Wild Thing’ as where it was at, like the bible. The Kinks kicked it up a little bit too, but in the 70’s the name Punk came out of describing a sort of hoodlum, a rebel that cared less about Steely Dan and more about the Rasberries and what was Alice Cooper doing. ind of right in the middle between the Pink Floyd sleepers and the Mott the Hoople glam was the New York Dolls, the Ramones, Television, the Shirts playing at places like CBGB’s.

The record labels had screwed over so many people so many times that a self sufficient underground supported it’s own scene, like the R & B records of the 40’s when race records were the thing at the progressive late night radio stations.

Patti Smith rocked it to New York from Jersey, putting beat poetry to grinds and distortion. And when the band Television dragged it out of the Bowery, others like MC5 pressed on with the sadomasochistic leather harkened from the 50’s along with the greasers hair and t-shirt attitudes in the bankrupt city of New York.