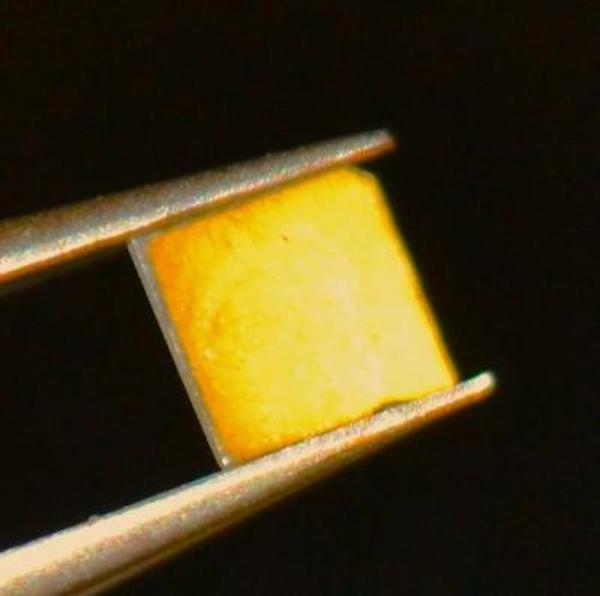 Researchers found films of spin ice posses surprising properties that could lead to the development of devices that employ “magnetricity.”

Contrary to previous predictions, researchers found the Third Law of Thermodynamics could be restored in the thin magnetic films.

On Earth it seems as if almost anything can be cooled down, but researchers established an object eventually reaches a point where it cannot get any colder. This temperature is referred to as “absolute zero,” and is equivalent to  minus 273 degrees centigrade.

At this frigid temperature it is believed that the entropy (randomness of atoms) of a substance or object would also be at zero. This idea is called the Third Law of Thermodynamics.

Spin ice has proven to be an exception to this law. In spin ice the atomic magnetic moments (spins) remain random as absolute zero is achieved. This allows the spin ice to hold properties that most things do not, such as “magnetic monopoles.”

In order to conduct their research the scientists created spin ice that was only a few nanometers thick. They found that when the temperature was about half a degree above absolute zero the entropy of the spin ice disappeared completely, proving the Third Law of Thermodynamic was restored. X-ray observations showed the “substrate” that held the films applied some strain, which is what caused entropy to be lost.

“This result shows that we can use strain to drastically alter and control the spin ice state” says Doctor Laura Bovo of the UCL London Centre for Nanotechnology and leading author of the team’s paper, said in the news release. “It opens up new possibilities for the control and manipulation of magnetricity and magnetic monopoles in spin ice.”

Restoration of the Third Law in spin ice thin films adds an unexpected twist to the story of spin ice. How the Third Law is first violated and then restored in spin ice is an interesting question of basic physics,” study author Professor Steve Bramwell of the UCL Department of Physics and Astronomy, said in the news release.

The loss of entropy in spin ice could have a number of applications, such as in magnetic computer devices.

The research was published in Nature Communications.