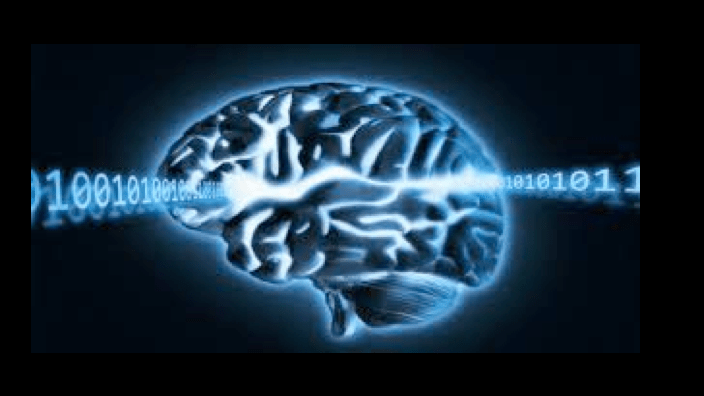 The real time monitoring of brain function has advanced in leaps and bounds in recent years. That’s largely thanks to various new technologies that can monitor the collective behaviour of groups of neurons, such as functional magnetic resonance imaging, magnetoencephalopathy and positron emission tomography.
This work is revolutionising our understanding of the way the brain is structured and behaves. It has also lead to a new engineering discipline of brain-machine interfaces, which allows people to control machines by thought alone.Impressive though these techniques are, they all suffer from inherent limitations such as limited spatial resolution, a lack of portability and extreme invasiveness.Today, Dongjin Seo and pals at the University of California Berkeley reveal an entirely new way to study and interact with the brain. Their idea is to sprinkle electronic sensors the size of dust particles into the cortex and to interrogate them remotely using ultrasound. The ultrasound also powers this so-called neural dust.

Each particle of neural dust consists of standard CMOS circuits and sensors that measure the electrical activity in neurons nearby. This is coupled to a piezoelectric material that converts ultra-high-frequency sound waves into electrical signals and vice versa.

The neural dust is interrogated by another component placed beneath the scale but powered from outside the body. This generates the ultrasound that powers the neural dust and sensors that listen out for their response, rather like an RFID system.

The system is also tetherless–the data is collected and stored outside the body for later analysis.

That gets around many of the limitations. The system is lower power, can have a high spatial resolution, and it is easily portable. It is also rugged and can potentially provides a link over long periods of time. “A major hurdle in brain-machine interfaces (BMI) is the lack of an implantable neural interface system that remains viable for a lifetime,” say Seo and co.

The difficulty is in designing and building such a system and today’s paper is a theoretical study of these challenges. First is the problem of designing and building neural dust particles on a scale of roughly 100 micrometres that can send and receive signals in the harsh, warm and noisy environment within the body.

That’s why Seo and co have chosen ultrasound to send and receive data. They calculate that the power required to use electromagnetic waves on the scale would generate a damaging amount of heat because of the amount of energy the body absorbs and the troubling signal-to-noise ratios at this scale.

By contrast, ultrasound is a much more efficient and should allow the transmission of at least 10 million times more power than electromagnetic waves at the same scale.

Next is the problem of linking the electronics to the piezoelectric system that converts ultrasound to electronic signals and vice versa. Ensuring that the system works efficiently will be tricky given that it has to be packaged in an inert polymer or insulator film (which must also expose the recording electrodes to nearby neurons).

Finally, there is the challenge of designing and building the interrogation system that generates the ultrasound to power the entire array but at a low enough power to avoid heating skull and the brain.

On top of all this is the additional challenge of implanting the neural dust particles in the cortex. Seo and co say this can probably be done by fabricating the dust particles on the tips of a fine wire array, held in place by surface tension, for example. This array would be dipped into the cortex where the dust particles become embedded.

That’s an ambitious vision that is littered with challenges beyond the state-of-the-art. However, the team has a strong background in nanoelectromechanical systems and in the interface between electronic systems and cells.

Indeed, one of the authors, Michel Maharbiz, developed the world’s first remotely controlled beetle a few years ago, a development that was named one of the top 10 emerging technologies of 2009 by Technology Review.

These guys are clearly not afraid to take on big challenges. It’ll be interesting to see how they fare.