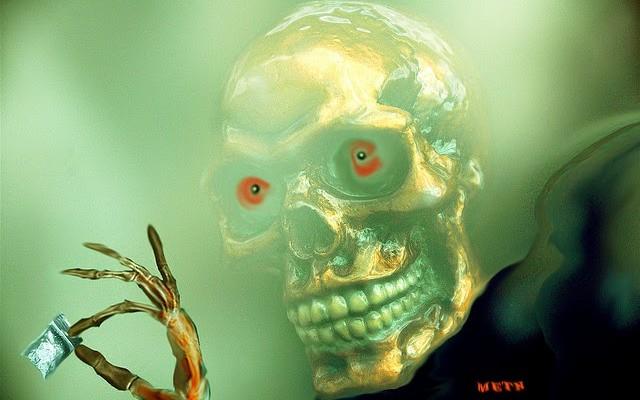 For centuries, the theory behind drug addiction was labored in the fogs of awkward myths and misconceptions. Drug abusers were then depicted as individuals with lack of morality and willpower, not as patients with a chronic brain disease.

Thanks to advances in scientific research. Drug addiction is now established as a disease that affects both brain and behavior. Revolutionary advances in neuroscience have revolutionized the views and understandings of drug addiction by scientists, enabling them to the development of newer approaches to the prevention and treatment.

Even with these advances in neuroscience, still there are many who live with the traditional set of beliefs about drug addiction, and don’t understand how drugs change the brain over time. This article is written to cover that knowledge gap by providing scientific information about how the brain responds to addictive drugs and how drugs change the normal functioning of the brain.

The human brain is wired in a way that it can repeat life-sustaining activities by linking those activities with pleasure or reward. When any one does an action that satisfies a need or fulfills a desire, the brain’s reward circuit is activated to produce pleasure feelings. The brain then records the action, making it a highly desired experience that needs to be performed again and again.

No one takes a drug intending to develop an addiction. Most often, people are caught in its snare because all drugs of abuse stimulate the same reward circuit. However, addictive drugs affect the brain much more intensely than natural rewards, such as eating, bonding, and sex. Di Chiara and Imperato (1988) suggested that drugs of abuse could release up to 10 times the amount of dopamine — a neurotransmitter that regulates motivating behavior and feelings of pleasure — that natural rewards produce.

Within a few minutes after entering the body, drugs cause significant changes in the brain’s reward system by overstimulating the circuit with dopamine. The euphoric effects that the brain gets because of elevated dopamine levels strongly reinforce the behavior of drug use, and create the motivation for users to do it again.

To bring the overwhelming surges of dopamine in a manageable level, the brain adjusts by reducing normal dopamine activity. The brain’s reward circuit, as a result, becomes less responsive to the abused drug. Consequently, the user’s ability to feel any pleasure is also lessened, so he/she will need more of the substance next time to create a dopamine flood.

Continued use of addictive drugs has long-term effects on the brain’s pleasure and reward system. Imaging studies on drug addicts have provided strong evidence of physical changes in brain regions that are connected to motivation, learning, decision-making, memory, and self-control. Hyman and Malenka (2001) suggested that these changes could be at the structural, cellular, molecular, and genomic levels.

Once the users start using the drug repeatedly, their reward circuit become increasingly desensitized. As a result, they need more high doses of the drug to bring dopamine levels up to normal. Eventually, they experience a loss of control over their drug use and develop a compulsive a drug-seeking behavior.

Over time, these changes outweigh the brain’s normal hierarchy of needs and desires and substitute those with new priorities connected to drug seeking and using. Finally, everything that once held value in a user’s life, such as job, family, and friends, are hijacked to the intense impulses for taking drugs. A drug user then turns into a drug addict.

Di Chiara G, & Imperato A (1988). Drugs abused by humans preferentially increase synaptic dopamine concentrations in the mesolimbic system of freely moving rats. Proceedings of the National Academy of Sciences of the United States of America, 85 (14), 5274-8 PMID: 2899326