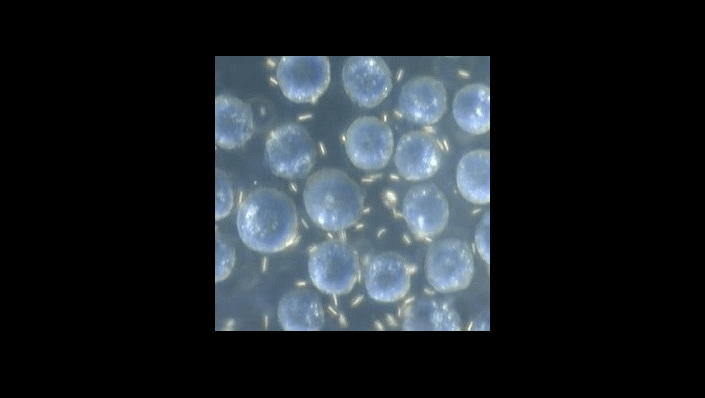 Researchers at Penn State on Monday revealed that they have successfully inserted “nanomotors” inside live human cells, giving the team the ability to propel the cells with ultrasonic waves and steer them with magnets.

It’s the first time this has been done, according to the research team, which spoke with Penn State’s Eberly College of Science website this week and published in the latest edition of the Angewandte Chemie scientific journal. Previous versions of nanomotors capable of operating in liquids were not inserted into living cells because they were toxic, according to team leader Tom Mallouk, an Evan Pugh Professor of Materials Chemistry and Physics at Penn State.

A demonstration of very active gold nanorods internalized inside HeLa cells in an acoustic field. This video was taken under 1000X magnification in the bright field, with most of the incoming light blocked at the aperture. Credit: Mallouk Lab, Penn State University:

Mallouk and his team introduced “rocket-shaped metal particles” to human cervical cancer cells called HeLa cells, which ingested the particles. Using ultrasonic waves, the researchers were able to maneuver the particles inside the HeLa cells, causing them to “spring into action” as nanomotors, “moving around and bumping into organelles—structures within a cell that perform specific functions.”

The process in these early stages sounds pretty violent. When activated, the nanomotors perform by “spinning and battering against organelles and the cell membrane,” and can even be manipulated to puncture the membrane, the researchers said.

As such, the use of these nanomotors to repair cells seems a ways away, but Mallouk and his team believe the technology opens up new research possibilities and could even prove useful in the fight against cancer as destroyers of rogue cells.

“As these nanomotors move around and bump into structures inside the cells, the live cells show internal mechanical responses that no one has seen before,” Mallouk told the Eberly College of Science site. “This research is a vivid demonstration that it may be possible to use synthetic nanomotors to study cell biology in new ways. We might be able to use nanomotors to treat cancer and other diseases by mechanically manipulating cells from the inside. Nanomotors could perform intracellular surgery and deliver drugs noninvasively to living tissues.”

Using ultrasonic waves, the researchers were able to cause the nanomotors to spin around and propel forward, becoming in essence “egg beaters” that could “homogenize [a] cell’s contents, or … act as battering rams to actually puncture the cell membrane.” Introducing magnetic forces gave the team even more control over the tiny, cell-navigating particles, allowing the researchers to steer individual nanomotors autonomously, or independently of one another, Mallouk said.

“Autonomous motion might help nanomotors selectively destroy the cells that engulf them. If you want these motors to seek out and destroy cancer cells, for example, it’s better to have them move independently. You don’t want a whole mass of them going in one direction,” he said. 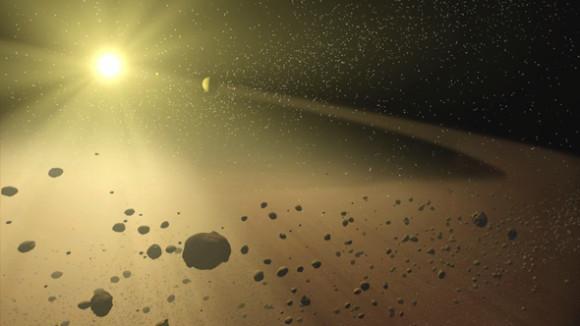