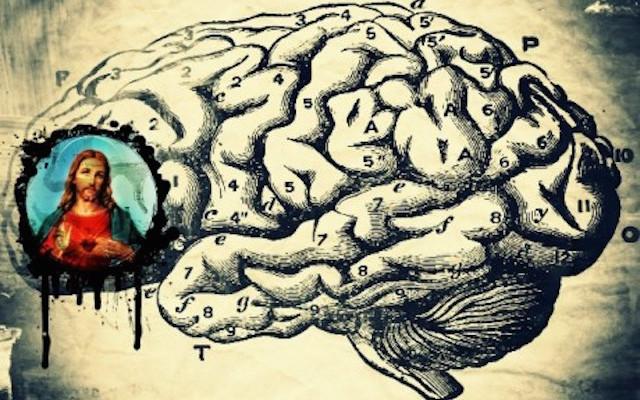 Can people remotely control your brain and make you talk gibberish?

To overcome the above limitations, a laboratory has engineered a novel technology which implements transcranial pulsed ultrasound to remotely and directly stimulate brain circuits without requiring surgery. Further, they have shown this ultrasonic neuromodulation approach confers a spatial resolution approximately five times greater than TMS and can exert its effects upon subcortical brain circuits deep within the brain.

Deep-brain stimulating (DBS) electrodes used to treat movement disorders such as Parkinson’s disease require neurosurgery in order to implant electrodes and batteries into patients. Transcranial magnetic stimulation (TMS) used to treat drug-resistant depression and other disorders do not require surgery, but have a low spatial resolution of approximately one centimeter and cannot stimulate deep brain circuits where many diseased circuits reside.

TMS, which is used to treat depression, involves placing a large electromagnetic coil against the scalp which creates electric currents that stimulate nerve cells in the region of the brain involved in mood control. Researchers found the technique radically altered religious perceptions and prejudice… Belief in God was reduced almost by a third, while participants became 28.5 per cent less bothered by immigration numbers.

And that little glimpse is just the tip of the modern mind control technology iceberg.

A few years ago, all of a sudden there was a rash of journalists having a similar problem. They would be right in the middle of a broadcast, when suddenly, they were rendered unable to speak. All the words coming out of their mouths degraded within seconds into complete gibberish.

Later we were told all of these people were reportedly suffering from a complex migraine, the symptoms of which mimic a stroke.

While that may be true, how long have there been TV reporters on air? Since 1952? And how many times, in all those decades, have you witnessed this strange speech impediment in not just one reporter, but five? All of a sudden, there’s a breakout of this occurring multiple times live on air in the same short timespan?

Back in 2010, the same year Mosley was having parts of his brain shut off for a BBC special, the Department of Defense released a news bulletin entitled, “Remote Control of Brain Activity Using Ultrasound,” detailing new research by Dr. William J. Tyler, assistant professor in the School of Life Sciences at Arizona State University, which was funded by a Defense Advanced Research Projects Agency (DARPA) grant.

The concept is very similar to TMS, only its done remotely.