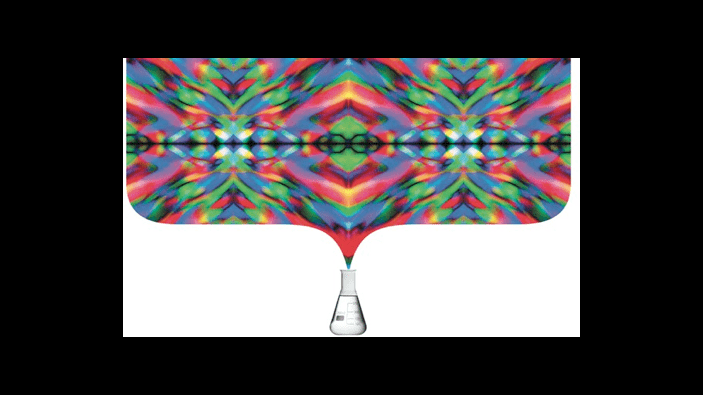 You don’t have to spend much time at the six-day second international Psychedelic Science conference in downtown Oakland to learn that not all its 1,900 attendees are academic scientists, and that few are strangers to the power of mind-bending drugs.

On my first day, boarding the conference’s sunset cruise of San Francisco Bay, I meet Chad, a middle-aged man dressed in jeans and a T-shirt, who says his trips with magic mushrooms have reawakened him to the beauty of existence. “I am here out of curiosity,” he explains, adding that he has a desire to understand what he has experienced. “It is just really nice to know they are breaking through some of the barriers with formal research. God knows there is a lot of informal research.”

As the sun sets behind the Golden Gate Bridge, I meet Seabrook. Wearing rings in both ears and a flower badge pinned to his cap, he says he has never had a bad trip in more than 20 LSD experiences. “The main thing I love about this is it is a reunion—I have so many old friends here it is like a family,” he says.

At least half the attendees on the cruise disembark early in San Francisco to join a celebration of Bicycle Day, commemorating the day in April 1943 that the Swiss chemist Albert Hofman sampled the lysergic acid diethylamide compound that he’d discovered and then rode his bike home.

But dotted among the conference’s psychedelic aficionados, who along with healers, artists, and activists make up the bulk of attendees, are members of another tribe. Researchers in psychiatry and psychology are here presenting their latest findings on the use of psychedelics to help treat anxiety disorders and addictions for which conventional treatments don’t always work.

Distinguished by their suits and business dress, the researchers are for the most part keeping to themselves any personal experiences with the drugs. They stress the drugs’ dangers as well as potential benefits. And I see none disembark for Bicycle Day. “We are a bunch of serious, sober academics,” Charles Grob, a professor of psychiatry and pediatrics at the University of California at Los Angeles medical school, told me on the phone before the conference. Grob is presenting the published results of his study using psilocybin, the active ingredient in magic mushrooms, to treat severe anxiety in advanced-stage cancer patients.

I first get to know Grob—a personable man in a baggy suit with a beard and recently trimmed salt-and-pepper hair—the afternoon after the cruise, accompanying him to a nearby Starbucks to take a break from the conference’s colorful crowds and locate some hot water in which to dunk his echinacea tea bag. “People want to talk to you, they get really interested, and they kind of get in your space, and it’s like, ‘I gotta get my echinacea tea,'” he says.

Grob later takes me on a tour through the exhibition hall, which contains a few research posters among the psychedelic artworks, books on the power, potential, and history of hallucinogens (including some that Grob himself wrote), demonstrations of alternative therapies, and a quiet corner where a man lies on cushions with blankets and a sleep mask on. As people greet Grob at the various stalls, and he is accosted by others along the way, it is clear that he has strong roots in this community. I’m reminded of something he said as we meandered back from Starbucks: “It is nice for researchers to get the positive feedback and validation from a crowd like this. They understand the importance of the work and the efforts that have been undertaken.”

Solution: give it to both sides..

That Grob is in demand among the psychedelic enthusiasts isn’t surprising. He and a handful of other researchers have made impressive strides in recent years in advancing a scientific case for using psychedelics to assist psychiatric therapy. Several small-scale therapeutic trials—financed by private organizations backed by the enthusiasts—have taken place or are under way, including at leading universities. Results have been encouraging, showing safety and preliminary therapeutic potential for some treatments. The studies have been published in reputable, peer-reviewed journals. Five university research groups are active in the United States, and are all presenting at the conference. The two strands of research most advanced in the field are on psilocybin to treat anxiety in cancer patients and MDMA (Ecstasy) to treat those suffering from post-traumatic stress disorder.

This nascent and colorful corner of medical science is at something of a crossroads. If psychedelic drugs are ever to become a standard psychiatric tool, more, and larger, clinical trials will be needed first. That will require new, more conventional sources of funds, a more secure place for psychedelic research in academe, and perhaps an end to the cozy camaraderie with enthusiasts that is on display in Oakland.

The idea of using drugs best known for their mind-expanding properties for therapy is not new, but it has spent several decades in the scholarly wilderness. From the 1950s to the mid-1960s there was a major research effort to explore the use of hallucinogens, particularly LSD, for psychiatric disorders—though much of the work was of questionable scientific rigor and left a blemish on the field. During the period, an estimated 40,000 people worldwide were administered the drugs in the name of science. More than 1,000 academic papers were published spanning basic and treatment research, in which addiction (mostly alcoholism) and terminal-cancer anxiety were the most studied.

But as the drugs burst from the confines of the lab—with assistance from researchers such as the infamous Timothy Leary, of Harvard—and became a signature of the counterculture movement, moral and health concerns triggered national alarm. Politicians and then regulators stepped in, and by 1970 the U.S. government had classified hallucinogens as “Schedule I” substances with no accepted medical use. (MDMA was added in 1985—”psychedelics” is a catch-all that loosely takes it in, along with hallucinogens and related compounds.) Academic work on possible therapeutic effects came to a standstill.

However, not everyone lost interest. Charles Grob was a college dropout in 1972 when he heard a talk in New York City by one of the early-era researchers, Stanislav Grof, based at the Maryland Psychiatric Research Center. At the Spring Grove State Hospital, outside Baltimore, Grof had administered an LSD treatment to terminal cancer patients to relieve their emotional and physical suffering, and Grob was inspired to want to help them, too. “I realized that my life’s dream was to do research with psychedelics,” he says. His father told him that he had better get his credentials first.

Grob did, but quickly found that psychedelic medicine was not welcome in academe. “It was virtually taboo even to talk about it,” he says. He spent nearly 15 years climbing the professional ladder with residency, fellowship, and faculty positions, returning to his life’s path only in the early 1990s, when the Food and Drug Administration quietly signaled a willingness to approve new psychedelic research in human subjects. (Treatment research would remain off limits for another 10 years.)

In 1993, Grob began the first government-approved study of the safety of MDMA—a necessary precursor to moving it forward as a therapy—publishing the results in 1996.

And in 2004 he finally began the study he’d dreamed of for more than 30 years. Continuing the work of his hero Grof, he began a 12-person pilot trial to test psilocybin’s efficacy in treating anxiety in patients with advanced-stage cancer, publishing the results in 2011. The first study since the early 1970s of the therapeutic potential of a hallucinogen for cancer patients, it suggested a positive effect on mood and anxiety.

Read the entire article at The Chronicle