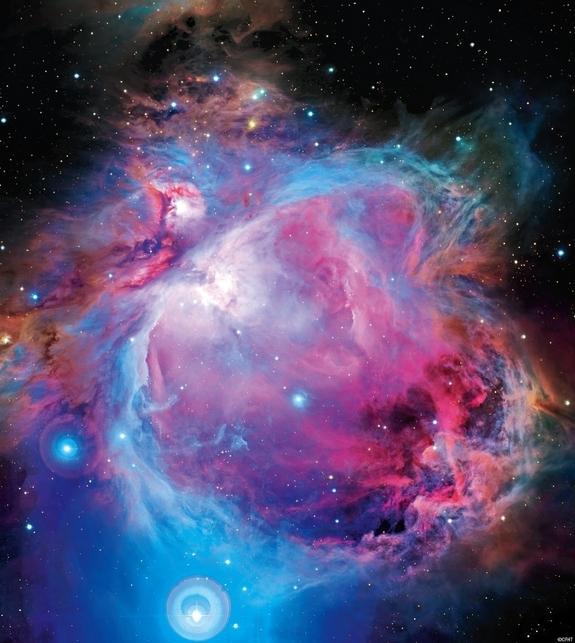 “Death stars” in the Orion nebula have been wreaking havoc on planets, killing them off before they even form. So the question begs itself: is Earth next?

Let’s first discuss what we’re working with here, according to the Daily Galaxy: the Orion Nebula is a place where new stars are born (sort of like an incubator, if you will, for new stars). Visible to the naked eye in the sky, it’s about 2,000 times the size of the sun. Even though it’s the closest nebula to the Earth, it’s still several thousand light years away. Aside from being home to several stars, the Orion Nebula is also home to several proto-stars, also known as proplyds.

“Many of these nascent systems will go on to develop planets, while others will have their planet-forming dust and gas blasted away by the fierce ultraviolet radiation emitted by massive O-type stars that lurk nearby,” explains the Daily Galaxy.

The problem, of course, is that there’s these so-called “Death Stars” in the nebula, according to Astronomy Today. These “Death Stars” strip the forming star of all of its energy before it’s fully formed, causing them to implode. “O-type stars, which are really monsters compared to our Sun, emit tremendous amounts of ultraviolet radiation and this can play havoc during the development of young planetary systems,” remarked Rita Mann, an astronomer with the National Research Council of Canada in Victoria, and lead author on a paper in the Astrophysical Journal. “Using ALMA [Atacama Large Millimeter/submillimeter Array], we looked at dozens of embryonic stars with planet-forming potential and, for the first time, found clear indications where protoplanetary disks simply vanished under the intense glow of a neighboring massive star.”

While Earth is in no immediate danger for a “Death Star” to kill it, the scientists who are currently studying the Orion nebula are hoping that their studies will shed some light on how stars — and planets — are formed in our own solar system