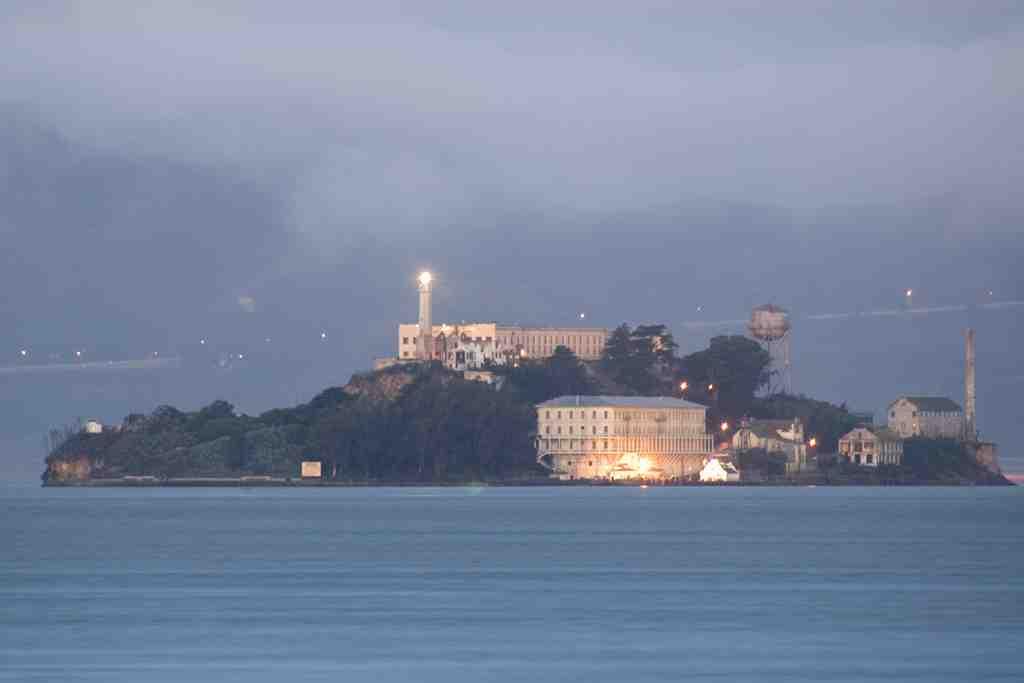 Did three prisoners build a raft out of raincoats and use it to escape from Alcatraz? The MythBusters show takes on the myth, and solved the mystery.

Explanation: June 1962, San Francisco: Inmates Frank Morris, Clarence Anglin and John Anglin (Clarence’s brother) busted out of the Alcatraz Federal Penitentiary never to be seen again. Thirty-four other prisoners died trying to escape from “The Rock,” but the trio’s tale remains shrouded in mystery, since no one knows definitively if they lived through their escape. Read more about: The Real Escape from Alcatraz.

The MythBusters tv show retraced that fateful route, hoping to suss out the men’s survival chances. Nestled in the San Francisco Bay, Alcatraz is surrounded by chilly, choppy waters that are extremely difficult to navigate. To make matters worse, the inmate’s getaway vehicle was dubious at best: It consisted of around 50 rubber raincoats fashioned into an inflatable raft with contact cement.

The MythBusters cobbled together a similar ramshackle raft and paddles based on drawings from the FBI case file. Next, they hauled the dinghy out to Alcatraz to see if they could make a 3-mile journey across the bay to the Golden Gate Bridge. With MythBusters crew member Will Abbott completing the trio, they set sail from The Rock in their blowout boat.

Braced to sink or capsize, the MythBusters miraculously made it to the east side of the Golden Gate Bridge intact. Although they can’t completely confirm that Morris and the Anglin brothers pulled off the infamous feat, the MythBusters reached land and proved that the aquatic escape from Alcatraz was plausible.

from http://www.discovery.com/ image by: Wikipedia