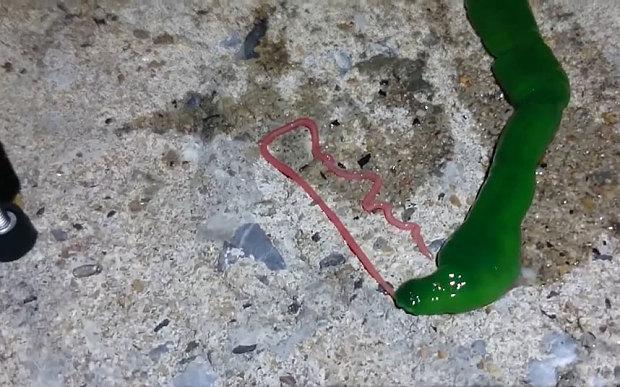 This strange footage was shot in Taiwan recently, by uploader Wei Cheng Jian.

He encountered this strange creature while fishing in a port in Penghu.

The strange green mass could be a ribbon worm, or Nemertea.

Ribbon worms are usually found burrowed away in the sea in tropical and sub-tropical regions, however some are known to venture onto land, living in cool, damp places. The worms have a special proboscis, or feeding tube, which it ejects when hunting.

The ribbon worm uses the proboscis to cover its prey in a thick, poisonous mucus which paralyses its victim.