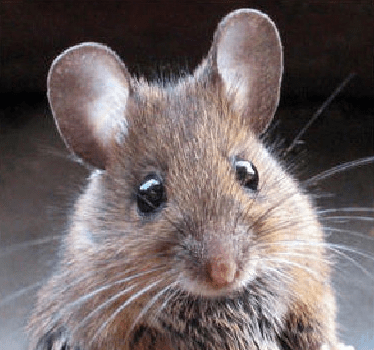 What would happen if we take the stuff that soaks up liquid out of a baby diaper, and then inject it into a mouse brain? Well, they did it: Scientists inject diaper desiccant into mouse brain.

End Result? A blown up brain!  A slice of a mouse brain was expanded by nearly five-fold in each dimension by adding a water-soaking salt. The result — shown at smaller magnification  for comparison — has its anatomical structures are essentially unchanged.

Material used in diaper absorbant can make brain tissue bigger and enable ordinary microscopes to resolve features down to 60 nanometres.

Boyden, E., Chen, F. & Tillberg, P. / MIT / Courtesy of National Institutes of Health A slice of a mouse brain (left) was expanded by nearly five-fold in each dimension by adding a water-soaking salt. The result — shown at smaller magnification (right) for comparison — has its anatomical structures are essentially unchanged.

It might sound like the fantasy of a scientist who has read Alice’s Adventures in Wonderland too many times, but the concept is the basis for a new method that could enable biologists to image an entire brain in exquisite molecular detail using an ordinary microscope, and to resolve features that would normally be beyond the limits of optics. Microscopes make living cells and tissues appear bigger. But what if we could actually make the things bigger?

The technique, called expansion microscopy, involves physically inflating biological tissues using a material more commonly found in baby nappies (diapers). Edward Boyden, a neuroengineer at the Massachusetts Institute of Technology (MIT) in Cambridge, discussed the technique, which he developed with his MIT colleagues Fei Chen and Paul Tillberg, at a conference last month. Sodium polyacrylate is an example of a super-absorbing polymer. It is a cross-linked (network) polymer that contains sodium atoms. It absorbs water by a process called osmosis. When the (sodium-containing) polymer is placed in contact with water, there is a tendency for the sodium to distribute equally between the network and the water. That means, some of the sodium atoms want to leave the network and move to the water. When these sodium atoms leave, they are replaced with water molecules. Water swells the polymer network to try to keep the sodium concentration balanced between the polymer and the water. The cross-links that connect the chains together prevent them from dissolving/breaking apart in the water. Sodium polyacrylate can absorb 800 times its weight in distilled water.