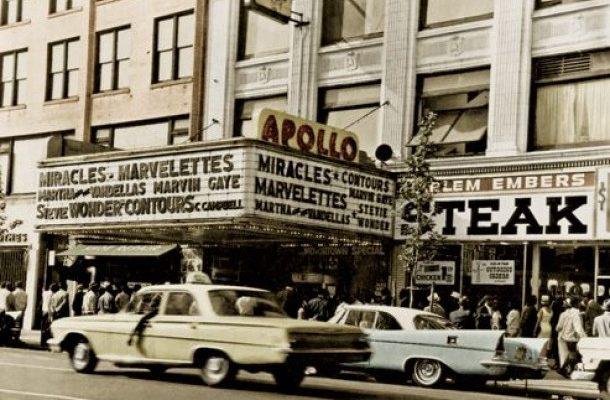 The Motortown Revue was the name given to the package concert tours of Motown artists in the 1960s. Early tours featured Smokey Robinson & The Miracles, Mary Wells, The Marvelettes, Barrett Strong, and The Contours as headlining acts, and gave then-second-tier acts such as Marvin Gaye, Martha & The Vandellas, Stevie Wonder, The Supremes, The Four Tops, Gladys Knight & the Pips and The Temptations the chances to improve their skills.

Motown’s entire roster, and occasionally non-Motown performers such as Dusty Springfield, The Shirelles and Patti LaBelle & the Bluebelles, were featured on the tours. Most of the venues for the early Motortown Revue tours were along the “chitlin’ circuit” in the eastern and southern United States. In the Deep South racism became an issue, as the mostly African American performers were sometimes attacked or threatened by local white residents.

Dancin’ in the Streets

While in the north the Motown artists generally played to mixed audiences, in the South, white and black audiences either attended separate shows, or were allowed to attend the same show as long as each race stayed on either side of a police-guarded rope that divided the performance hall. Motown artists are credited with being among those who broke down these barriers so later audiences would no longer be separated by color.

It was from a live Motortown Revue performance that Little Stevie Wonder got his first big hit, the 1963 #1 hit “Fingertips (Pt. 2)“.

Motown CEO Berry Gordy, Jr. noted in his biography,To Be Loved, that the Revue was used to showcase Stevie Wonder in the days before he had his first hit.

Smokey Robinson and the Miracles wrote songs like “The Way You Do the Things You Do” and “My Girl” while on the road, which later became hits for The Temptations.