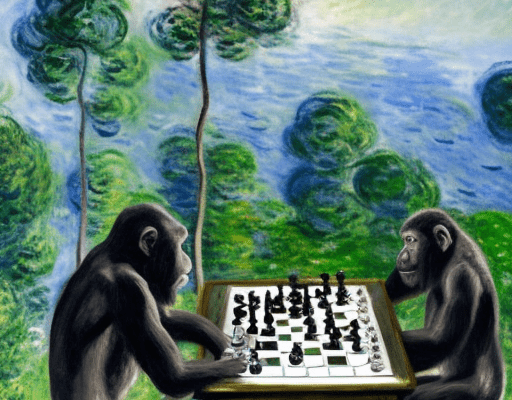 You know, people always think of chimpanzees as just swinging through the trees and chomping on bananas, but the truth is, these little guys have got a lot more going on than we give them credit for.

For starters, did you know that chimpanzees hold secret meetings deep in the jungle? It’s true. They gather around a big old tree, and you better believe they’ve got a board game set up and ready to go. 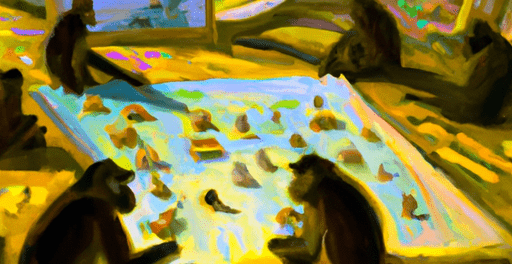 Now, I know what you’re thinking, “Chimps can’t play board games, that’s ridiculous!” But you see, the thing is, these little guys have got a long history of problem-solving and strategic thinking. Way back when the ape species split off from the humanoid bloodlines, the chimpanzees were the ones who were really into puzzles and games. It’s just in their DNA.

And let’s not forget that these monkeys have been observing us humans for centuries. They’ve seen us play our card games, and I can tell you, they’ve picked up a thing or two. I’ve seen it firsthand – I was out on safari in Africa and stumbled upon a group of chimpanzees playing a mean game of Go Fish. And let me tell you, these little guys were ruthless. They were using all sorts of advanced strategies, it was like watching a group of bored frontiersmen ignoring their frustrated wives. 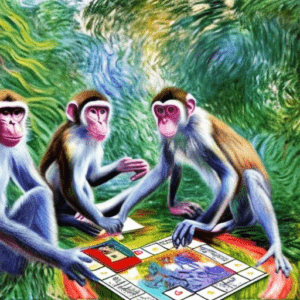 To hell with the bank, give me the bananas!

But it’s not just their card game skills that are impressive, it’s the way they approach problem-solving. These monkeys have got a stoic philosophy that would put a Zen master to shame. They take their time, they weigh their options, and they make their decisions with logic and reason. It’s truly something to behold.

So next time you see a chimpanzee swinging through the trees, don’t just think of them as a bunch of wild animals. These little guys are problem-solving, board-game-playing masterminds. And they’re just getting started.