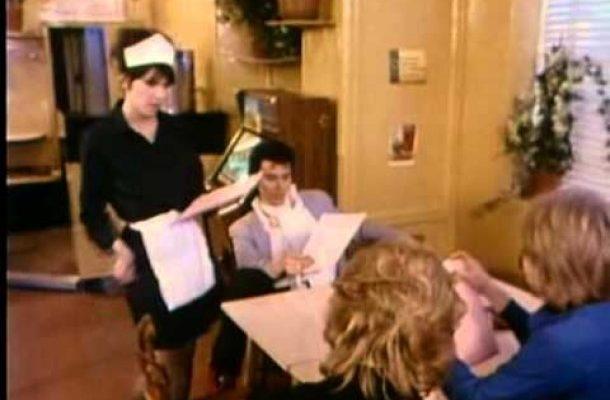 There was a bridge between the New Wave of the early 80’s and the Punk Rock of the late 70’s and it was minimalist: a tongue in cheek melancholy with a hard edge, and it came from artists and bands like Joe Jackson, Stray Cats, Elvis Costello, the Pretenders, Squeeze, the Boomtown Rats, the Police, and Talking Heads.

It was the mid-1970’s when the new Beat journalism brought politics into the social order, and with Nixon and Watergate, the unsighted positivism of the country was gone. It wasn’t that the record industry was getting old, the flavor of happy pop and conventional wisdom turned sweet and sour. Led Zeppelin laid down blues on steroids, while the FM radio signal came of age with the long play of entire record albums.

Neil Young, Jackson Browne, James Taylor, and Elton John sang softer ballads, while bands like Fleetwood Mac and Steely Dan mellowed out Rock for a while. The Rolling Stones dug in dirty blues leaned more towards guitar rock, ushering out the folk music of the hippie 60’s for more evolved and layered tunes. Then there was the yin of the yang of excess from the likes of Kiss and Alice Cooper.

In 1974-1978, the radio played Chicago, the Doors, ELO, Steve Miller, and Eric Clapton, which brought color and complexity while the quintessentially Southwestern California sound of The Eagles’ song arrangements steered others acoustically leading country and rock to further define the American songbook.

Meanwhile, a punk scene opened in New York and London with the the New York Dolls, the Ramones, the Stooges, the Sex Pistols, Zappa, the Dead Kennedys, Black Flag, and David Bowie. Aerosmith and Pink Floyd further divided the plains in their own categories of rock, with Genesis, Jethro Tull, and Queen on the other end of their own theatrical spectrum.

dance steps. And imagination is what we needed, not violins, to step through that wave of ego and excess. So what happened between the late 1970’s ballad rockers and punks, and the early 1980’s New Wavers’ of Pop Music and the MTV one-hit wonders?

A stripped version of rock mixed with a subdued version of punk stuck in our heads with minimalist new wave punk songs such as:

Joe Jackson – Is She Really Going Out With Him?

This was written to be a funny, tongue in cheek song when Joe wanted to make a statement about how it is that so many good looking chicks seem to always go out with the ugly dudes? The song remained in it’s punk moniker as he came across as being angry.

The Pretenders – Brass in Pocket

American singer songwriter Chrissy Hynde was working in a London Punk-clothes shop and bounced around France and London before she formed the band and made their first big hit in both the UK and US.

Squeeze singer and guitarist Chris Difford wrote the lyrics to this song. He explains: “Tempted was written in a cab on the way to Heathrow, I just wrote down what I saw and how I felt.” At many Squeeze shows, fans would throw toothbrushes (Rocky Horror-style) on stage at the opening line: “I bought a toothbrush…”

At a basic level, this next song is often heard as a song lamenting the beginning of the work week, but it has a darker origin. This is about Brenda Spencer, a 16-year-old San Diego high school student who lived across from an elementary school. On Monday, January 29, 1979, she opened fire on the school with a rifle, killing 2 adults (including the principal) and injuring 9 kids before going back to her home. Police surrounded her home and waited for 7 hours until she gave herself up. In that time, she spoke with a reporter on the phone. When asked why she did it, she replied, “I just started shooting, that’s it. I just did it for the fun of it. I just don’t like Mondays. I just did it because it’s a way to cheer the day up. Nobody likes Mondays.”

This was a song on the Stray Cats’ debut album in 1982. The video consisted of band members (and extras) performing in an alley while an irate resident throws things at them. It also featured scenes from the 1949 MGM cartoon Bad Luck Blackie.

This was the result of lead singer David Byrne trying to write an Alice Cooper song, but it came out much more introspective. It ended up being about the thoughts of a murderer. Inspired by who else but the character of Norman Bates from the Hitchock movie Psycho.

But we couldn’t do an article like this and leave out the King of Minimalist New Wave Punk, Elvis Costello. Not that he is really a minimalist, because his songs are complex and layered with lot’s of cool changes.. But he does keep in step with the basics of good rock n roll: a crooning tenor, some driving guitars, a bouncy bass and a steady back beat drum.

The eighties brought in Rap and Hip Hop which further added to the Rock N Roll soup. Run DMC could not find a place on MTV alongside pop icon Michael Jackson for some time, quirky New Wave one hit wonder acts began to show up anchored by the Clash and Blondie, and Devo, and of course, the Buggles, who proclaimed the end of yet another era: “Video Killed the Radio Star.” But that is an article for another time.

So let’s not forget the odd “brown shoe” of rock from the late 70’s and early 80’s, the artists and bands that brought us minimalist new wave punk rock.