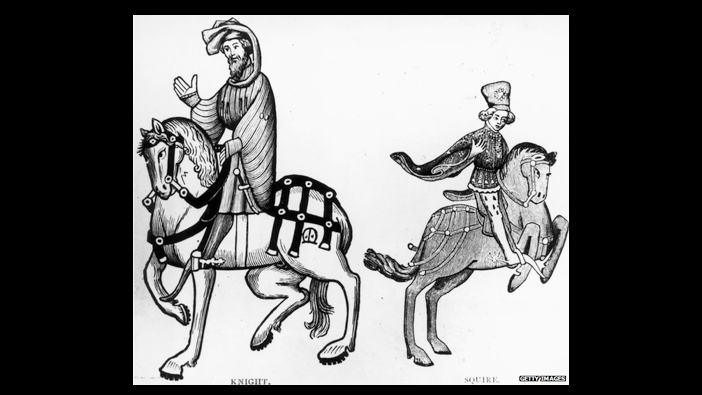 Today, there’s often a perception that children are given a hard time by their parents. But a few hundred years ago northern Europe took a particularly harsh line, sending children away to live and work in someone else’s home. Not surprisingly, the children didn’t always like it.

Around the year 1500, an assistant to the Venetian ambassador to England was struck by the strange attitude to parenting that he had encountered on his travels.

He wrote to his masters in Venice that the English kept their children at home “till the age of seven or nine at the utmost” but then “put them out, both males and females, to hard service in the houses of other people, binding them generally for another seven or nine years”. The unfortunate children were sent away regardless of their class, “for everyone, however rich he may be, sends away his children into the houses of others, whilst he, in return, receives those of strangers into his own”.

It was for the children’s own good, he was told – but he suspected the English preferred having other people’s children in the household because they could feed them less and work them harder. 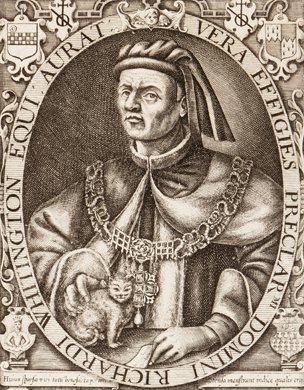 Image courtesy of the Mercers’ Company. Photograph by Louis Sinclair.

His remarks shine a light on a system of child-rearing that operated across northern Europe in the medieval and early modern period. Many parents of all classes sent their children away from home to work as servants or apprentices – only a small minority went into the church or to university. They were not quite so young as the Venetian author suggests, though. According to Barbara Hanawalt at Ohio State University, the aristocracy did occasionally dispatch their offspring at the age of seven, but most parents waved goodbye to them at about 14.

Model letters and diaries in medieval schoolbooks indicate that leaving home was traumatic. “For all that was to me a pleasure when I was a child, from three years old to 10… while I was under my father and mother’s keeping, be turned now to torments and pain,” complains one boy in a letter given to pupils to translate into Latin. Illiterate servants had no means of communicating with their parents, and the difficulties of travel meant that even if children were only sent 20 miles (32 km) away they could feel completely isolated.

So why did this seemingly cruel system evolve? For the poor, there was an obvious financial incentive to rid the household of a mouth to feed. But parents did believe they were helping their children by sending them away, and the better off would save up to buy an apprenticeship. These typically lasted seven years, but they could go on for a decade. The longer the term, the cheaper it was – a sign that the Venetian visitor was correct to conclude that adolescents were a useful source of cheap labour for their masters. In 1350, the Black Death had reduced Europe’s population by roughly half, so hired labour was expensive. The drop in the population, on the other hand, meant that food was cheap – so live-in labour made sense.

“There was a sense that your parents can teach you certain things, but you can learn other things and different things and more things if you get experience of being trained by someone else,” says Jeremy Goldberg from the University of York.

Some insight into how such a boy or youth might be trained comes from the [14th Century] French hunting treatise La Chasse by Gaston count of Foix… A lord’s huntsman is advised to choose a boy servant as young as seven or eight: one who is physically active and keen sighted. This boy should be beaten until he had a proper dread of failing to carry out his master’s orders.

Perhaps it was also a way for parents to get rid of unruly teenagers. According to social historian Shulamith Shahar, it was thought easier for strangers to raise children – a belief that had some currency even in parts of Italy. The 14th Century Florentine merchant Paolo of Certaldo advised: “If you have a son who does nothing good… deliver him at once into the hands of a merchant who will send him to another country. Or send him yourself to one of your close friends… Nothing else can be done. While he remains with you, he will not mend his ways.”

Many adolescents were contractually obliged to behave. In 1396, a contract between a young apprentice named Thomas and a Northampton brazier called John Hyndlee was witnessed by the mayor. Hyndlee took on the formal role of guardian and promised to give Thomas food, teach him his craft and not punish him too severely for mistakes. For his part, Thomas promised not to leave without permission, steal, gamble, visit prostitutes or marry. If he broke the contract, the term of his apprenticeship would be doubled to 14 years.

A decade of celibacy was too much for many young men, and apprentices got a reputation for frequenting taverns and indulging in licentious behaviour. Perkyn, the protagonist of Chaucer’s Cook’s Tale, is an apprentice who is cast out after stealing from his master – he moves in with his friend and a prostitute. In 1517, the Mercers’ guild complained that many of their apprentices “have greatly mysordered theymself”, spending their masters’ money on “harlotes… dyce, cardes and other unthrifty games”.

In parts of Germany, Switzerland and Scandinavia, a level of sexual contact between men and women in their late teens and early twenties was sanctioned. Although these traditions – known as “bundling” and “night courting” – were only described in the 19th Century, historians believe they date back to the Middle Ages. “The girl stays at home and a male of her age comes and meets her,” says Colin Heywood from the University of Nottingham. “He’s allowed to stay the night with her. He can even get into bed with her. But neither of them are allowed to take their clothes off – they’re not allowed to do much beyond a bit of petting.” Variants on the tradition required men to sleep on top of the bed coverings or the other side of a wooden board that was placed down the centre of the bed to separate the youngsters. It was not expected that this would necessarily lead to betrothal or marriage.

To some extent, young people policed their own sexuality. “If a girl gets a reputation of being rather too easy, then she will find something unpleasant left outside her house so that the whole village knows that she has a bad reputation,” says Heywood. Young people also expressed their opinion of the moral conduct of elders, in traditions known ascharivari or “rough music”. If they disapproved of a marriage – perhaps because the husband beat his wife or was hen-pecked, or there was a big disparity in ages – the couple would be publicly shamed. A gang would parade around carrying effigies of their victims, banging pots and pans, blowing trumpets and possibly pulling the fur of cats to make them shriek (the German word is Katzenmusik). 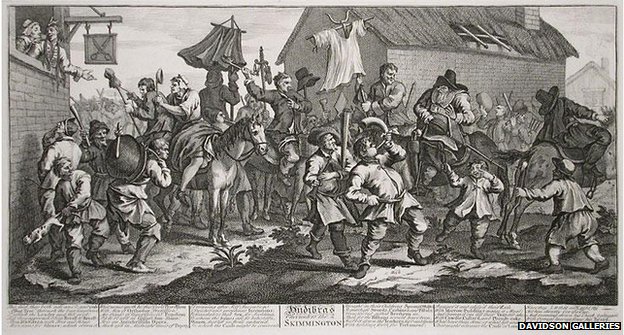 In France, Germany and Switzerland young people banded together inabbayes de jeunesse – “abbeys of misrule” – electing a “King of Youth” each year. “They came to the fore at a time like carnival, when the whole world was turned upside down,” says Heywood. Unsurprisingly, things sometimes got out of hand. Philippe Aries describes how in Avignon the young people literally held the town to ransom on carnival day, since they “had the privilege of thrashing Jews and whores unless a ransom was paid”. 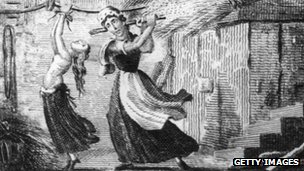 In London, the different guilds divided into tribes and engaged in violent disputes. In 1339, fishmongers were involved in a series of major street battles with goldsmiths. But ironically, the apprentices with the worst reputation for violence belonged to the legal profession. These boys of the Bench had independent means and did not live under the watch of their masters. In the 15th and 16th Centuries, apprentice riots in London became more common, with the mob targeting foreigners including the Flemish and Lombards. On May Day in 1517, the call to riot was shouted out – “Prentices and clubs!” – and a night of looting and violence followed that shocked Tudor England.

By this time, the city was swelling with apprentices, and the adult population was finding them more difficult to control, says Barbara Hanawalt. As early death from infectious disease became rarer the apprentices faced a long wait to take over from their masters. “You’ve got quite a number of young men who are in apprenticeships who have got no hope of getting a workshop and a business of their own,” says Jeremy Goldberg. “You’ve got numbers of somewhat disillusioned and disenfranchised young men, who may be predisposed to challenging authority, because they have nothing invested in it.”