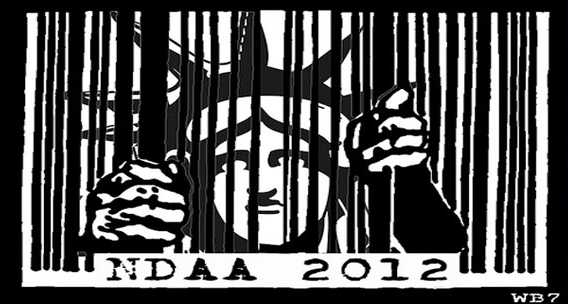 Despite what some may think, the Constitution is no magical incantation against government wrongdoing. Indeed, it’s only as effective as those who abide by it. However, without courts willing to uphold the Constitution’s provisions when government officials disregard it and a citizenry knowledgeable enough to be outraged when those provisions are undermined, it provides little to no protection against SWAT team raids, domestic surveillance, police shootings of unarmed citizens, indefinite detentions, and the like.

Unfortunately, the courts and the police have meshed in their thinking to such an extent that anything goes when it’s done in the name of national security, crime fighting and terrorism. Consequently, America no longer operates under a system of justice characterized by due process, an assumption of innocence, probable cause and clear prohibitions on government overreach and police abuse. Instead, our courts of justice have been transformed into courts of order, advocating for the government’s interests, rather than championing the rights of the citizenry, as enshrined in the Constitution. Just recently, for example, the Supreme Court refused to hear Hedges v. Obama, a legal challenge to the indefinite detention provision of the National Defense Authorization Act of 2012 (NDAA), thereby affirming that the President and the U.S. military can arrest and indefinitely detain individuals, including American citizens, based on a suspicion that they might be associated with or aiding terrorist organizations.

The Court’s decision reflects a mindset in government in which the rule of law, the U.S. Constitution, once the map by which we navigated sometimes hostile terrain, has been unceremoniously booted out of the runaway car that is our government, driven over and left for road kill on the side of the road. All that can be seen in the rear view mirror are the tire marks

Outlined succinctly in this book  A Government of Wolves: The Emerging American Police State, is a run-away government hyped up on its own power, whose policies are dictated more by paranoia than need. Making matters worse, “we the people” have become so gullible, so easily distracted, and so out-of-touch that we are ignoring the warning signs all around.