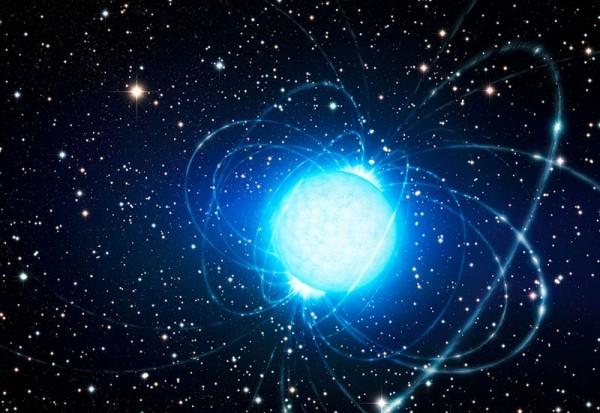 Astronomers have figured out how to make the universe’s most powerful magnet. All you need is two massive stars orbiting close to each other so that one swipes gas from the other, causing the thief to spin so quickly that its magnetic field dwarfs that of Earth by 100 trillion-fold.

Magnetars are a special breed of pulsars, which are fast-spinning neutron stars that form when a massive star explodes as a supernova: The star’s outer layers shoot off into space, while its core collapses to become the pulsar. Magnetars are as rare as they are extraordinary. Known pulsars number in the thousands; known magnetars, only a couple of dozen.

If the new work is correct, it explains the long-standing mystery of how a stellar corpse can acquire such an enormous magnetic field: At least some magnetars owe their superlative qualities to another star they booted away, a cosmic illustration of the dictum that no good deed goes unpunished.