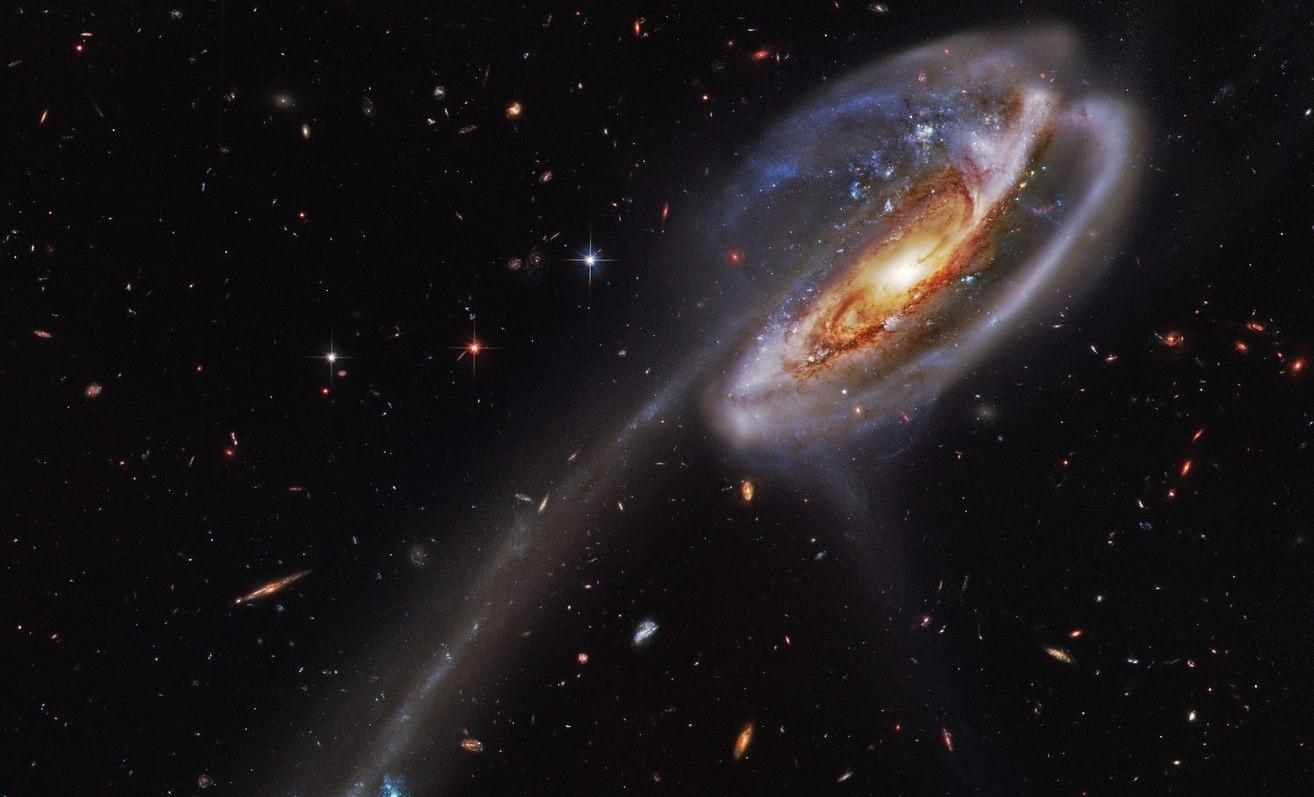 Last week, physicists announced that they’d discovered evidence of gravitational waves in the early universe, which makes it more likely that our universe began with a bang and inflated from there. But that also means a whole host of other things, including possible multiverses.

Physicist Sean Carroll has a deft article in the New York Times that explains the greater significance of last week’s announcement. Carroll notes that work done by physicist Alan Guth suggests that the early universe was full of a type of energy dubbed “the inflaton,” which pushed space apart. But eventually this inflaton converted into matter, which tends to coalesce under gravity. Still, we have to wonder — if all the inflaton settled down into matter, why is the universe still expanding? Could something else have happened to the inflaton?

Soon after Guth proposed inflation, the physicists Alexander Vilenkin and Andrei Linde pointed out that the process of inflation can go on forever. Instead of the inflaton energy converting into ordinary particles all throughout the universe, it can convert in some places but not others, creating localized “Big Bangs.” Elsewhere inflation continues, eventually producing other separate “universes,” eventually an infinite number. From an attempt to explain conditions in the single universe that we see, cosmologists end up predicting a “multiverse.”

This may sound like a very peculiar result. But in the news conference after last week’s announcement, both Guth and Linde suggested that evidence for inflation boosts the case for the multiverse.

Image via Hubble, with processing by Bill Snyder