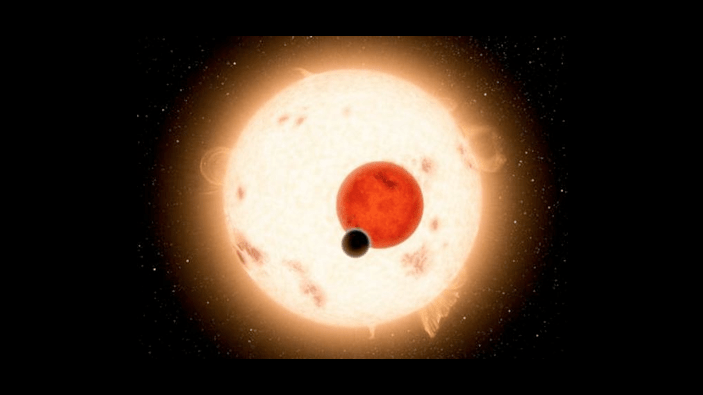 The truth is out there, but when it comes to the search for other planets beyond our Solar System the truth has turned out to be far stranger than science fiction.

Scientists looking for habitable “exoplanets” similar to Earth are astounded by the shear range and diversity of the weird worlds orbiting distant stars – some shining like diamonds, others as black as coal.

“We are finding an absolutely enormous range of planet types. It has come as quite a surprise,” said William Borucki of Nasa’s Ames Research Centre in Moffat Field, California, the principal investigator on the Kepler Mission to find habitable planets beyond our Solar System.

Among them is one that resembles Tatooine, the home of Star Wars hero Luke Skywalker. Kepler-16b, has two suns setting over the horizon instead of just one but in this case it has not thought to be habitable. The Kepler space telescope, launched four years ago, has scoured the sky for the faint twinkles of starlight caused as a distant planet passes across the face of its star.

Kepler has so far identified 2,740 possible exoplanets, with confirmed planet discoveries numbering 114 to date. Up to 90 per cent of the possible candidate planets are likely to be confirmed eventually, Dr Borucki said.

Although there are about 350 exoplanets about the size of Earth, none so far has been found in the “habitable zone”, otherwise known as the Goldilocks distance from a star, where it is not too hot, nor too cold for liquid water, and hence life, to exist. “We are beginning to find planetary systems with more than one planet orbiting a star, and so far they are all rather different to our own Solar System,” Dr Borucki said.

Analysis of the planetary orbits, motions and spectra of light absorbed by a planet’s atmosphere have revealed a remarkably range of planets – far more than theoreticians had predicted at the start of the mission, Dr Borucki said.

While some planets are as dense as iron, with oceans of molten metal, others appear to be feather-light heavenly bodies composed of gaseous or rarefied material, he said.

“We are finding planets that are just a little bigger than Earth but with the density of iron. It is orbiting very close to its star, with an orbiting time of less than one day. It is so hot it must be molten, so it must have oceans of lava or possibly molten iron,” he said. Some planets have turned out to be nearly as small as the Moon, while others are several times the size of Jupiter – the biggest planet in the Solar System –

which has defied conventional logic of how planet’s form, Dr Borucki said.

“We are finding planets bigger than Jupiter, which is a surprise in that it was believed that planets could not be larger than Jupiter because if you add mass to a planet we thought it would just get denser, not bigger,” Dr Borucki said yesterday at a conference at the Royal Society in London.

Some planets are orbiting their stars together, which theory suggests would demand that they have similar densities. But scientists have found two closely-orbiting planets with very different densities – one is made of rock while the other is composed of gas.

“What that tells you is that our concept of how planetary systems, based on how our own Solar System is put together, is probably not applicable for many of these other solar systems,” Dr Borucki said.

Even the orbits of the exoplanets have proven to be unconventional. Before Kepler, most planetary scientists thought that rocky planets like Earth would orbit close to their star, while gaseous planets such as Jupiter would orbit further out – but large gas planets have been found in very close orbits to their stars.

“We have found everything different from what people had predicted, other than one of the predictions which was that during the formation of a star a planet could form,” Dr Borucki said.

“That was quite right. There are lots and lots of planets but the orbits are not where we expected them to be,” he said.