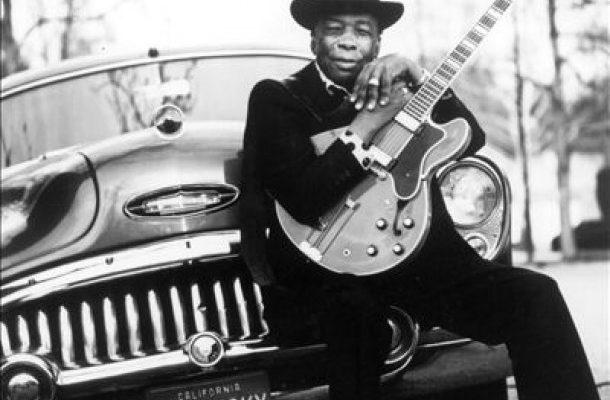 John Lee Hooker Drops the Boom on neurodope.com
Share This:

Nobody defines the blues like guitar playing John Lee Hooker, who rose to legend status performing an electric guitar-style adaptation of Delta blues. “Boom Boom” is a song written and recorded in 1961. “I like the number (Boom Boom Boom Boom). It’s a number that will never die.. it will live on down through the years now.” ~ Hooker

John Lee Hooker said that he wrote the song during a gig at the Apex Bar in Detroit:

“I used to play at this place called the Apex Bar in Detroit. There was a young lady there named Luilla. She was a bartender there. I would come in there at night and I’d never be on time. Every night the band would beat me there. Sometimes they’d be on the bandstand playing by the time I got there. I’d always be late and whenever I’d come in she’d point at me and say, ‘Boom Boom, you’re late again.’ And she kept saying that. It dawned on me that that was a good name for a song. Then one night she said, ‘Boom boom, I’m gonna shoot you down.’ She gave me a song but she didn’t know it. I said ‘Hmm, that’s a song!’ … I got it together, the lyrics, rehearsed it, and I played it at the place, and the people went wild”.

Members of Motown’s house band (known as The Funk Brothers) played on the release. The Funk Brothers were outstanding musicians and played on hundreds of hit records, but Motown didn’t pay them very well, so they would take gigs at other labels in the Detroit area to make extra cash.

Hooker performed this when he appeared in the 1980 movie The Blues Brothers. It was the only movie Hooker ever appeared in. Many blues bands have covered this over the years, including The Animals and The Yardbirds. It has become a blues standard. John Lee Hooker didn’t play this song live for a very long time because he feared that he wouldn’t do it justice. He finally played it in his last two shows before his death in 2001, which was believed to be the age of 83.