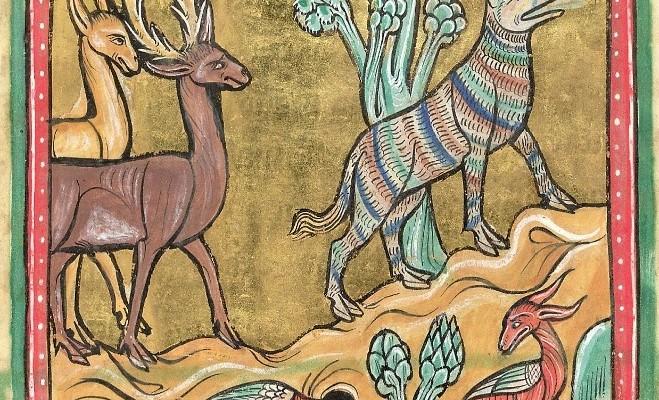 The further you go back in that history, the less likely those stories of exotic animals were less accurate. Here is a gorgeous collection of illustrations showing how people imagined real animals they had only heard about. Crocodiles from Liber Floridus (Book of Flowers), an encyclopedia by Lambert, Canon of Saint-Omer between 1090 and 1120. A crocodile: Lions and other animals: A lion: A colorful panther: A crocodile from the Northumberland Bestiary, fol. 49v, mid-1250s

An elephant from the 13th century, by Guillaume le Clerc