This screen shot was taken in 1993 from a NeXT computer. As one can see, there is not much of a difference between these windows and the appearance of today’s browsers.
Tweet

Growing up, Sir Tim was interested in trains and had a model railway in his bedroom. He recalls :

“I made some electronic gadgets to control the trains. Then I ended up getting more interested in electronics than trains. Later on, when I was in college I made a compute r out of an old television set.” After graduating from Oxford University, Berners-Lee became a software engineer at CERN , the large particle physics laboratory near Geneva, Switzerland. Scientists come from all over the world to use its accelerators, but Sir Tim noticed that they were having difficulty sharing information.

Tim thought he saw a way to solve this problem – one that he could see could also have much broader applications. Already, millions of computers were being connected together through the fast-developing internet and Berners-Lee realised they could share information by exploiting an emerging technology called hypertext.

In March 1989, Tim laid out his vision for what would become the web in a document called “Information Management: A Proposal”. Believe it or not, Tim’s initial proposal was not immediately accepted. In fact, his boss at the time, Mike Sendall, noted the words “Vague but exciting” on the cover.

The web was never an official CERN project, but Mike managed to give Tim time to work on it in September 1990. He began work using a NeXT computer, one of Steve Jobs’ early products.

By October of 1990, Tim had written the three fundamental technologies that remain the foundation of today’s web (and which you may have seen appear on parts of your web browser): 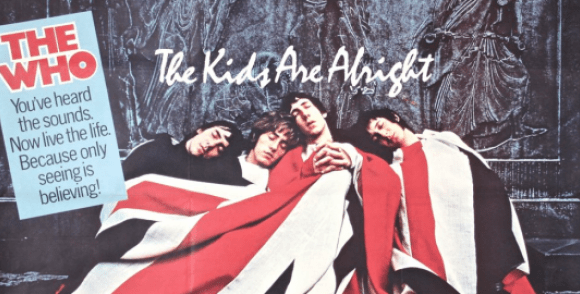 The Mod Scene was centered on British pop music played by well-shod lads by way of Carnaby Street. Mods worked in offices by day to supply their wardrobe of custom fit tight [...]