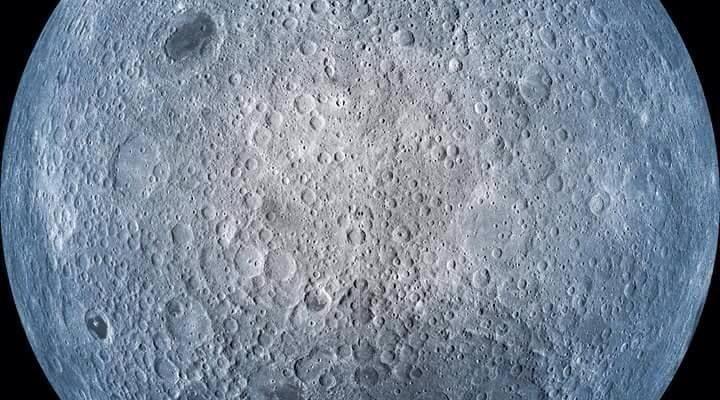 Check out this high definition zoomable picture of the far side of the moon.

And then here are the matching man made maps below.

The new maps are an improvement over the old 1979 Lunar Chart, featuring high-resolution images that cover the entire surface of the moon, USGS officials said.

“These maps were designed to help both the public and scientists understand the overall appearance and topography of the moon,” USGS officials wrote in a statement. “Viewers can locate features of interest, including Apollo landing sites and specific impact craters. Amateur astronomers can use the maps to directly compare what they see through their telescopes to features on the map.”

The image mosaic is based on photos taken by LRO’s wide-angle camera and shows physical features such as volcanoes and craters. The topographic map shows elevations on the moon using data from the spacecraft’s Lunar Orbiter Laser Altimeter, ranging from blue (low altitudes) to gray (higher altitudes).

“Images from the LRO Camera have greatly advanced our knowledge of the moon,” LRO Camera principal investigator Mark Robinson, of Arizona State University, said in the same statement.

The solar-powered LRO spacecraft has been studying the moon from lunar orbit since 2009. The car-size probe has characterized how much ice is available on the lunar surface and has tracked down fresh craters from new lunar impacts, among other accomplishments.