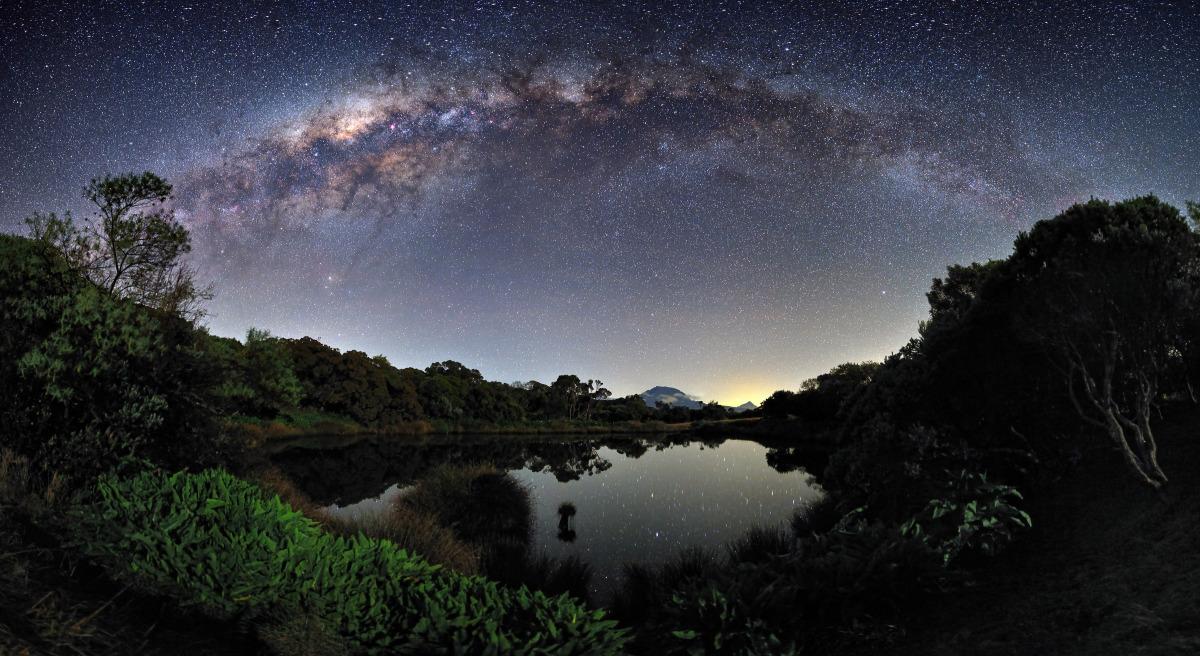 Philosophy goes where hard science can’t, or won’t. Philosophers have a license to speculate about everything from metaphysics to morality, and this means they can shed light on some of the basic questions of existence. The bad news? These are questions that may always lay just beyond the limits of our comprehension.

1. Why is there something rather than nothing?

Our presence in the universe is something too bizarre for words. The mundaneness of our daily lives cause us take our existence for granted — but every once in a while we’re cajoled out of that complacency and enter into a profound state of existential awareness, and we ask: Why is there all this stuff in the universe, and why is it governed by such exquisitely precise laws? And why should anything exist at all? We inhabit a universe with such things as spiral galaxies, the aurora borealis, and SpongeBob Squarepants.

The Horsehead Nebula via NASA/ESA/Hubble.

One of the more extraordinary things about the universe is that it has produced beings who can observe it — namely, us.

And as Sean Carroll notes, “Nothing about modern physics explains why we have these laws rather than some totally different laws, although physicists sometimes talk that way — a mistake they might be able to avoid if they took philosophers more seriously.” And as for the philosophers, the best that they can come up with is the anthropic principle— the notion that our particular universe appears the way it does by virtue of our presence as observers within it — a suggestion that has an uncomfortably tautological ring to it.

2. Is our universe real?

This the classic Cartesian question. It essentially asks, how do we know that what we see around us is the real deal, and not some grand illusion perpetuated by an unseen force (who René Descartes referred to as the hypothesized ‘evil demon’)? More recently, the question has been reframed as the “brain in a vat” problem, or the Simulation Argument. And it could very well be that we’re the products of an elaborate simulation. A deeper question to ask, therefore, is whether the civilization running the simulation is also in a simulation — a kind of supercomputer regression (or simulation-ception).

What’s more, we may not be who we think we are. Assuming that the people running the simulation are also taking part in it, our true identities may be temporarily suppressed, to heighten the realness of the experience. This philosophical conundrum also forces us to re-evaluate what we mean by “real.” Modal realists argue that if the universe around us seems rational (as opposed to it being dreamy, incoherent, or lawless), then we have no choice but to declare it as being real and genuine. Or maybe, as Cipher said after eating a piece of “simulated” steak in The Matrix, “Ignorance is bliss.”

Also called the dilemma of determinism, we do not know if our actions are controlled by a causal chain of preceding events (or by some other external influence), or if we’re truly free agents making decisions of our own volition. Philosophers (and now some scientists) have been debating this for millennia, and with no apparent end in sight. If our decision making is influenced by an endless chain of causality, then determinism is true and we don’t have free will. But if the opposite is true, what’s called indeterminism, then our actions must be random — what some argue is still not free will. 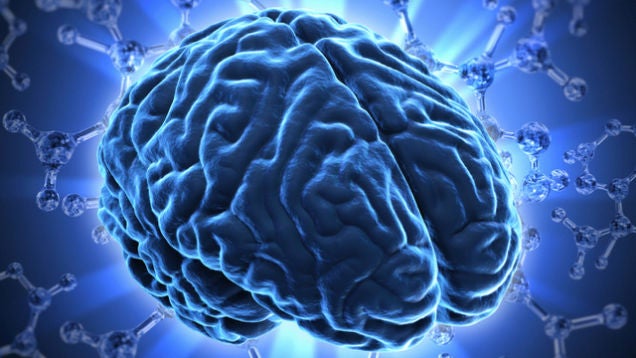 Conversely, libertarians (no, not political libertarians, those are other people), make the case for compatibilism — the idea that free will is logically compatible with deterministic views of the universe. Compounding the problem are advances in neuroscience showing that our brains make decisions before we’re even conscious of them. But if we don’t have free will, then why did we evolve consciousness instead of zombie-minds? Quantum mechanics makes this problem even more complicated by suggesting that we live in a universe of probability, and that determinism of any sort is impossible.

And as Linas Vepstas has said, “Consciousness seems to be intimately and inescapably tied to the perception of the passage of time, and indeed, the idea that the past is fixed and perfectly deterministic, and that the future is unknowable. This fits well, because if the future were predetermined, then there’d be no free will, and no point in the participation of the passage of time.”

Simply put, we cannot know if God exists or not. Both the atheists and believers are wrong in their proclamations, and the agnostics are right. True agnostics are simply being Cartesian about it, recognizing the epistemological issues involved and the limitations of human inquiry. We do not know enough about the inner workings of the universe to make any sort of grand claim about the nature of reality and whether or not a Prime Mover exists somewhere in the background. Many people defer to naturalism — the suggestion that the universe runs according to autonomous processes — but that doesn’t preclude the existence of a grand designer who set the whole thing in motion (what’s called deism).

And as mentioned earlier, we may live in a simulation where the hacker gods control all the variables. Or perhaps the gnostics are right and powerful beings exist in some deeper reality that we’re unaware of. These aren’t necessarily the omniscient, omnipotent gods of the Abrahamic traditions — but they’re (hypothetically) powerful beings nonetheless. Again, these aren’t scientific questions per se — they’re more Platonic thought experiments that force us to confront the limits of human experience and inquiry.

5. Is there life after death?

Before everyone gets excited, this is not a suggestion that we’ll all end up strumming harps on some fluffy white cloud, or find ourselves shoveling coal in the depths of Hell for eternity. Because we cannot ask the dead if there’s anything on the other side, we’re left guessing as to what happens next. Materialists assume that there’s no life after death, but it’s just that — an assumption that can’t necessarily be proven. Looking closer at the machinations of the universe (or multiverse), whether it be through a classical Newtonian/Einsteinian lens, or through the spooky filter of quantum mechanics, there’s no reason to believe that we only have one shot at this thing called life. 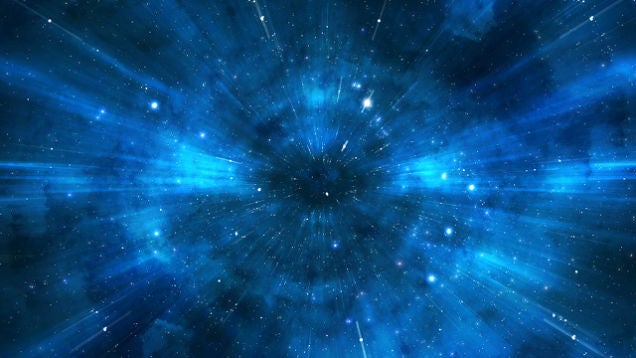 It’s a question of metaphysics and the possibility that the cosmos (what Carl Sagan described as “all that is or ever was or ever will be”) cycles and percolates in such a way that lives are infinitely recycled. Hans Moravec put it best when, speaking in relation to the quantum Many Worlds Interpretation, said that non-observance of the universe is impossible; we must always find ourselves alive and observing the universe in some form or another. This is highly speculative stuff, but like the God problem, is one that science cannot yet tackle, leaving it to the philosophers.

6. Can you really experience anything objectively?

There’s a difference between understanding the world objectively (or at least trying to, anyway) and experiencing it through an exclusively objective framework. This is essentially the problem of qualia — the notion that our surroundings can only be observed through the filter of our senses and the cogitations of our minds. Everything you know, everything you’ve touched, seen, and smelled, has been filtered through any number of physiological and cognitive processes. Subsequently, your subjective experience of the world is unique. In the classic example, the subjective appreciation of the color red may vary from person to person.

The only way you could possibly know is if you were to somehow observe the universe from the “conscious lens” of another person in a sort of Being John Malkovich kind of way — not anything we’re likely going to be able to accomplish at any stage of our scientific or technological development. Another way of saying all this is that the universe can only be observed through a brain (or potentially a machine mind), and by virtue of that, can only be interpreted subjectively. But given that the universe appears to be coherent and (somewhat) knowable, should we continue to assume that its true objective quality can never be observed or known? It’s worth noting that much of Buddhist philosophy is predicated on this fundamental limitation (what they call emptiness), and a complete antithesis to Plato’s idealism.

7. What is the best moral system?

Essentially, we’ll never truly be able to distinguish between “right” and “wrong” actions. At any given time in history, however, philosophers, theologians, and politicians will claim to have discovered the best way to evaluate human actions and establish the most righteous code of conduct. But it’s never that easy. Life is far too messy and complicated for there to be anything like a universal morality or an absolutist ethics.

The Golden Rule is great (the idea that you should treat others as you would like them to treat you), but it disregards moral autonomy and leaves no room for the imposition of justice (such as jailing criminals), and can even be used to justify oppression (Immanuel Kant was among its most staunchest critics). Moreover, it’s a highly simplified rule of thumb that doesn’t provision for more complex scenarios. For example, should the few be spared to save the many? Who has more moral worth: a human baby or a full-grown great ape? And as neuroscientists have shown, morality is not only a culturally-ingrained thing, it’s also a part of our psychologies (theTrolly Problem is the best demonstration of this). At best, we can only say that morality is normative, while acknowledging that our sense of right and wrong will change over time.

We use numbers every day, but taking a step back, what are they, really — and why do they do such a damn good job of helping us explain the universe (such as Newtonian laws)? Mathematical structures can consist of numbers, sets, groups, and points — but are they real objects, or do they simply describe relationships that necessarily exist in all structures?

Plato argued that numbers were real (it doesn’t matter that you can’t “see” them), but formalists insisted that they were merely formal systems (well-defined constructions of abstract thought based on math). This is essentially an ontological problem, where we’re left baffled about the true nature of the universe and which aspects of it are human constructs and which are truly tangible.

This io9 flashback is a slightly modified version of an article that was first published on io9 in 2012.