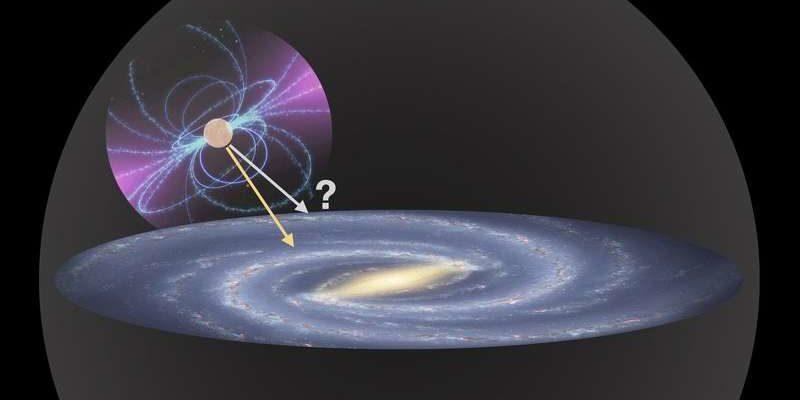 Galileo's Experiment with a New Twist to Understand Dark Matter: Schematic image of a pulsar, falling in the gravitational field of the Milky Way. The two arrows indicate the direction of the attractive forces, towards the standard matter—stars, gas, etc. (yellow arrow) and towards the spherical
Tweet

Schematic image of a pulsar, falling in the gravitational field of the Milky Way. The two arrows indicate the direction of the attractive forces, towards the standard matter—stars, gas, etc. (yellow arrow) and towards the spherical … Is dark matter a source of a yet unknown force in addition to gravity? The mysterious dark matter is little understood and trying to understand its properties is an important challenge in modern physics and astrophysics. Researchers at the Max Planck Institute for Radio Astronomy in Bonn, Germany, have proposed a new experiment that makes use of super-dense stars to learn more about the interaction of dark matter with standard matter. This experiment already provides some improvement in constraining dark matter properties, but even more progress is promised by explorations in the centre of our Milky Way that are underway. The findings are published in the journal Physical Review Letters.

Around 1600, Galileo Galilei’s experiments brought him to the conclusion that in the gravitational field of the Earth all bodies, independent of their mass and composition feel the same acceleration. Isaac Newton performed pendulum experiments with different materials in order to verify the so-called universality of free fall and reached a precision of 1:1000. More recently, the satellite experiment MICROSCOPE managed to confirm the universality of free fall in the gravitational field of the Earth with a precision of 1:100 trillion.

These kind of experiments, however, could only test the universality of free fall towards ordinary matter , like the Earth itself whose composition is dominated by iron (32 percent), oxygen (30 percent), silicon (15 percent) and magnesium (14 percent). On large scales, however, ordinary matter seems to be only a small fraction of matter and energy in the universe.

It is believed that the so-called dark matter accounts for about 80 percent of the matter in our universe. Until today, dark matter has not been observed directly. Its presence is only indirectly inferred from various astronomical observations like the rotation of galaxies, the motion of galaxy clusters, and gravitational lenses. 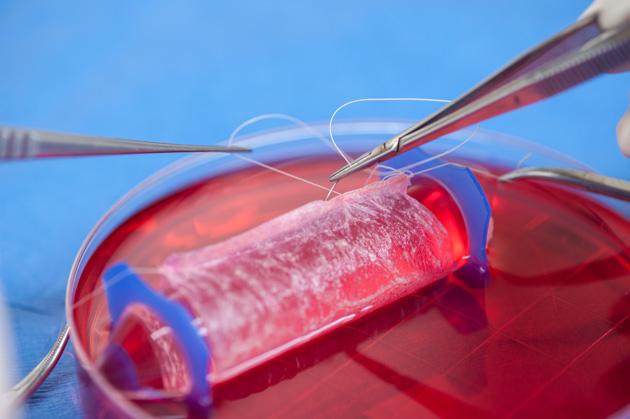 Why Laboratory Grown Vagina’s are the Secret Ingredient

The notion that one day the human race will be better off as cyborg is a growing movement and a dangerous road to travel. If your idea of a utopian future involves humans [...]