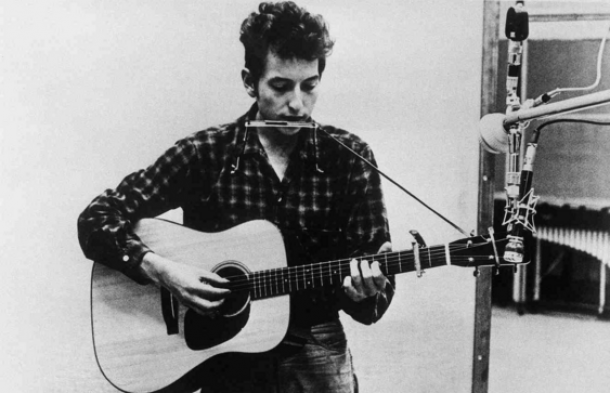 Music had meaning, and songs talked about love with harmonies and thoughtful composition. When Bob Dylan picked up an electric guitar, he ushered in a new layer of sounds to give the college civil rights riots room to breath, and hippies space to mellow out.

“House of the Rising Sun”by the Animals

In the underbelly of New Orleans, somewhere near Bourbon Street, there lies tucked away in an alley: a brothel. But not just any house of ill repute. “The House of the Rising Sun” is where a well intentioned father can bring his son for initiation into manhood. This folk song, passed down from generations as a traditional English ballad evolved into an African American blues-folk song. First recorded in the 1920’s and thereafter by some of the greats like Leadbelly, and Woody Guthrie, no one can claim royalty rights to this early anonymously written classic.

“Summer in the City” by the Lovin Spoonful

During the day in a big city, it’s crowded and hot, but at night, you have plenty of chances to chase girls. What more could a young man want? The sounds of car horns and traffic was a novel idea to be recorded in a song at the time. The descending bass line made this song a stand out, as most tunes of the day were three chord guitar shuffles.

Celebrating his hometown of New York, John Sebastion’s brother actually received an “F” grade on a poem that contained the lines “But tonight it’s a different world, go out and find a girl” John put this classic line into this song, which became an anthem for young men living and playing in New York City.  Listen here.

Many versions of this traditional folk song exist, going back to Medieval times. Scarborough is a small town on the coast in England, the years in the 1600’s hosted the original “Fair” which was a popular gathering of entertainers from all over the country. The song, about a man trying to obtain his true love, uses symbolic “herbs” to describe comfort, strength, love, and courage. Made famous with the release on the soundtrack of the Dustin Hoffman movie “The Graduate.” Listen here.

The song established their harmony style that is prevalent in most of their songs. Steven Stills wrote pages and pages of poetry about his then girlfriend Judy Collins, and they decided to piece together the various elements into one “suite”, which is a play on words with “sweet.” A Woodstock classic, this song features layers of harmony, and well played acoustic guitar. The Cuban lyrics at the end fit very well, but are jokingly not related to the heartbreak theme of the song and are translated as “How nice it will be to take you to Cuba, the Queen of the Caribbean Sea I only want to visit you there, and How sad that I can’t, damn!” Listen here.

“California Dreamin’” by Mamas and Papas

Michele Phillips, being from sunny California, would lament about her home town, while living in a New York apartment with her husband John Phillips. It’s a song about longing, a feeling so universally shared. St. Patricks Cathedral in NY was the inspiration behind the second verse. The lead played by flute was unusual at the time of great guitar solo’s in popular songs, but John’s artistic vision brought the band a national hit, and long lasting, heartfelt feeling of dreaming of a better place. Listen here.