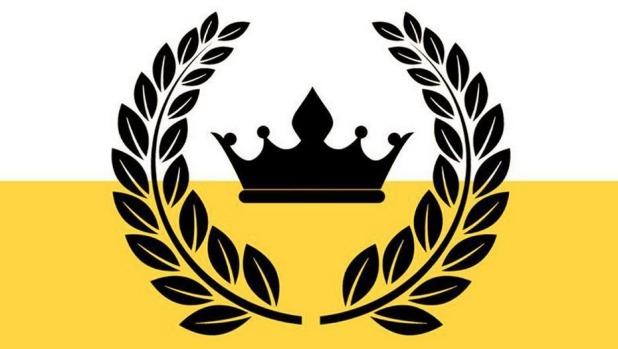 The Kingdom of Enclava is unlikely to be given international recognition any time soon but its founders insist it has every right to exist because it has been established on land claimed by neither the Croats nor Slovenes.

The 93 square metres of land is near the Slovenian town of Metlika and about 50 kilometres west of Croatia’s capital, Zagreb.

It has been designated as the Kingdom of Enclava by a group of Poles who discovered that the land was “terra nullius” – no-man’s-land. During a recent visit to Slovenia, Piotr Wawrzynkiewicz and his friends learnt from locals that there was an unclaimed strip of land near the Slovenian town of Metlika, some 50 kilometres (30 miles) west of Croatia’s capital Zagreb.

Following the breakup of former Yugoslavia in 1991, seven new states emerged in the region with many border disputes that left some territories as terrae nullius, or no-man’s land.

This geographical discrepancy enabled the creation in late April of Enclava on a tiny 100 sqm (1,070 square feet) stretch of infertile land.

Run under the motto “Citizens of the World”, the idea behind Enclava is “to create a place, where everyone, regardless of skin colour, religion or nationality, will be able to express their opinions, study for free, and earn money without worrying about taxes”, co-founder Piotr told AFP.

News of the aspiring micronation spread online and more than 5,000 people have so far applied for citizenship, he said.