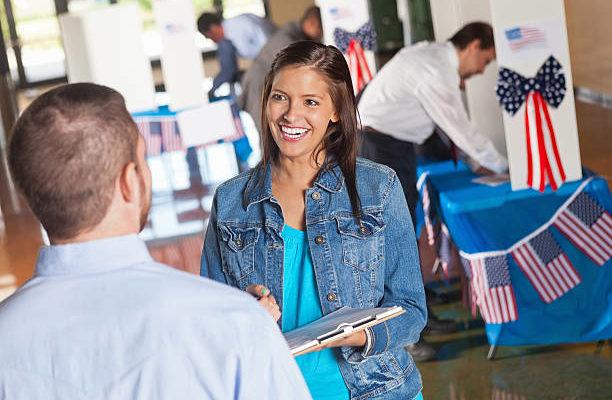 DNA to Assist Voting Centers and fight Voter Fraud in Elections
Share This:

When you go out to vote this year, you can ditch your wallet and leave your ID at home, all you need is your DNA.

It belongs uniquely to you — and, increasingly, to the local election board. That is why new DNA regulations are being enforced in this year’s elections.

DNA samples can help solve robberies and murders could also, in theory, be used to track down our relatives, scan us for susceptibility to disease, or monitor our movements, so why not have DNA help us to vote? DNA to Assist Voting Centers and fight Voter Fraud in Elections on neurodope.com

“It’s better than those archaic voter ID laws that were passed.” said one local election official.

Counties around the United States are collecting DNA from voting citizens in the name of fighting voter fraud — and, according to authorities, making America great again.

Skip past those long lines by spitting into a cup in advance.

Tired of those long lines? You can pick up your “VOTER CUP” at your local library or participating grocery stores well in advance of voting day.

“This saves us so much time so we can go back to watching more television.” said one excited voter.

Earlier this year Yaniv Erlich, a scientist who runs a lab at MIT’s Whitehead Institute for Biomedical Research, published a paper in the journal Science describing how he was able to identify Republicans & Democrats just by examining their spit, from anonymous DNA data in a research project. All it took was a computer algorithm, a genetic genealogy website and searches of publicly available voting records.

Watch for the new swabs just entering the more elitist voting centers which will have the new “categorization” technology integrated into the swabs: Swabs will turn blue or red according to your genetic makeup, and you will be given the appropriate ballot list for your partisan voting pleasure.

The expanding trove of DNA in official hands has given assurance to campaigners, and some scientists, that their paid for candidate of choice will be forcefully elected.