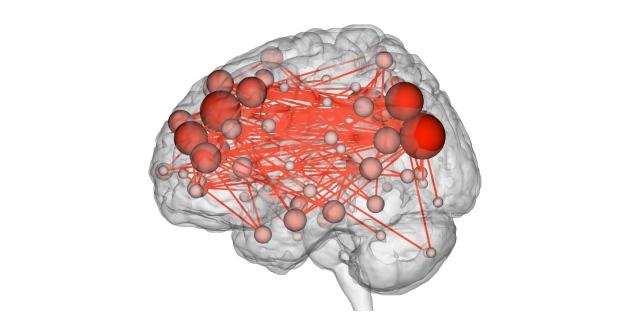 Patterns of neural circuitry in the brain’s frontal and parietal lobes can be used to distinguish individuals on the basis of their brain scans. Our brains are wired in such distinctive ways that an individual can be identified on the basis of brain-scan images alone, neuroscientists report.

In a study published in Nature Neuroscience 1 on 12 October, researchers studied scans of brain activity in 126 adults who had been asked to perform various cognitive tasks, such as memory and language tests. The data were gathered by the Human Connectome Project, a US$40-million international effort that aims to map out the highways of neural brain activity in 1200 people.

To study connectivity patterns, researchers divided the brain scans into 268 regions or nodes (each about two centimetres cubed and comprising hundreds of millions of neurons). They looked at areas that showed synchronized activity, rather like discerning which instruments are playing together in a 268-piece orchestra, says Emily Finn, a co-author of the study and a neuroscience PhD student at Yale University in New Haven, Connecticut.

In some regions of the brain — such as those that involve networks controlling basic vision and motor skills — most people’s neural circuitry connects up in similar ways, the team found. But patterns of connectivity in other brain regions, such as the frontal lobes, seem to differ between individuals. The researchers were able to match the scan of a given individual’s brain activity during one imaging session to the same person’s brain scan taken at another time — even when that person was engaged in a different task in each session.

“Until this, we really didn’t know the extent to which each unique individual has a unique pattern of connectivity,” says cognitive neuroscientist Russell Poldrack at Stanford University in California. Signatures of intelligence?

The variations in connectivity […]