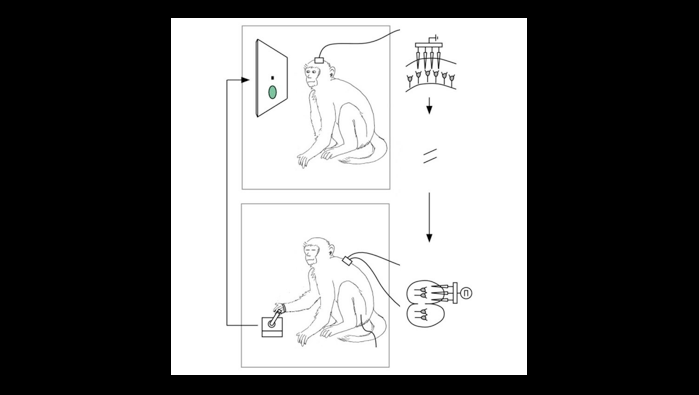 In work inspired partly by the movie “Avatar,” one monkey could control the body of another monkey using thought alone by connecting the brain of the puppet-master monkey to the spine of the other through a prosthesis, researchers say.

Paralysis due to nerve or spinal cord damage remains a challenge for current surgical techniques. Scientists are now attempting to restore movement to such patients with brain-machine interfaces that allow people to operate computers or control robotic limbs.