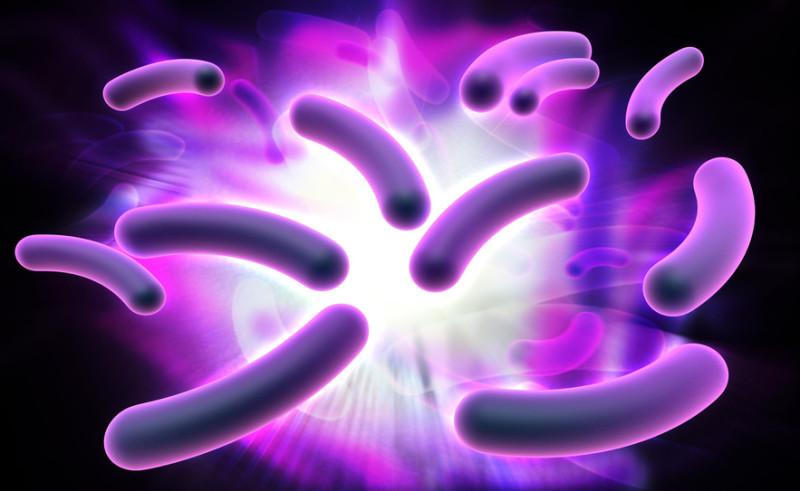 There have been plenty of fad diets that captured the public’s imagination over the years, but Harvard scientists have identified what may be the strangest of them all — sunlight and electricity.

Led by Peter Girguis, the John L. Loeb Associate Professor of the Natural Sciences, and Arpita Bose, a post-doctoral fellow in Organismic and Evolutionary Biology, a team of researchers showed that the commonly found bacterium Rhodopseudomonas palustris can use natural conductivity to pull electrons from minerals located deep in soil and sediment while remaining at the surface, where they absorb the sunlight needed to produce energy. The study is described in a February 26 paper in Nature Communications.

“When you think about electricity and living organisms, most people default to Mary Shelley’s Frankenstein, but we’ve long understood that all organisms actually use electrons — what constitutes electricity — to do work,” Girguis said. “At the heart of this paper is a process called extracellular electron transfer (EET), which involves moving electrons in and out of cells. What we were able to show is that these microbes take up electricity, which goes into their central metabolism, and we were able to describe some of the systems that are involved in that process.”

In the wild, the microbes rely on iron to provide the electrons they need to fuel energy generation, but tests in the lab suggest the iron itself isn’t critical for this process. By attaching an electrode to colonies of the microbes in the lab, researchers observed that they could take up electrons from a non-ferrous source, suggesting they might also use other electron-rich minerals — such as other metals and sulfur compounds — in the wild.

“That’s a game-changer,” Girguis said. “We have understood for a long time that the aerobic and anaerobic worlds interact mainly through the diffusion of chemicals into and out of those domains. Accordingly, we also believe this process of diffusion governs the rates of many biogeochemical cycles. But this research indicates…that this ability to do EET is, in a sense, an end-run around diffusion. That could change the way we think about the interactions between the aerobic and anaerobic worlds, and might change the way we calculate the rates of biogeochemical cycling.”

“We are very interested in understanding exactly what that role that gene plays in electron uptake,” Girguis said. “Related genes are found throughout other microbes in nature, and we aren’t exactly sure what they’re doing in those microbes. This offers some tantalizing evidence that other microbes carry out this process as well.”

The foundation for the new study was laid more than two decades ago, when researchers first characterized a bacterium that “eats” rust by handing off electrons to the oxygen atoms that make up iron oxide molecules.

Researchers would later use the bacteria to construct a microbial “fuel cell” in which bacteria handed off electrons not to rust, but to an electrode that could harvest this current.

If some microbes could generate the energy they needed by moving electrons outside their cells, Girguis and colleagues wondered, could others do the same by taking electrons in?

“That question brought us back to iron,” he said. “The microbes that are the focus of this paper are the mirror image of the ones that eat rust. Instead of using iron oxide to breathe, they actually make iron oxides from free iron.”

Getting to that free iron, however, is no easy feat.

The microbes rely on sunlight to help generate energy, but the iron they need is found in sediments below the surface. To reach it, and still remain on the surface, Girguis said, the microbes have developed an unusual strategy. The microbes seem to take up electrons through naturally occurring conductive minerals. Also, as the microbes pull electrons away from iron, they create iron oxide crystals which precipitate into the soil around them. Over time, those crystals can become conductive and act as “circuits,” allowing the microbes to oxidize minerals they otherwise couldn’t reach.

“What that does is solve the paradox for this sunlight-dependent organism,” Girguis said. “These single-celled microbes that grow in biofilms have come up with a way to electrically reach out and pull electrons from minerals in the soil so they can stay in the sun.”

Though he remains skeptical about the efficacy of using microbes capable of performing EET for energy generation via fuel cells, Girguis said there are other applications — such as the pharmaceutical industry — where the microbes could be put to use.

“I think the biggest applied opportunity here is to use microbes that are capable of taking up electrons to produce something that is of interest,” he said, “knowing you can give them electrons to do that through an electrode.”