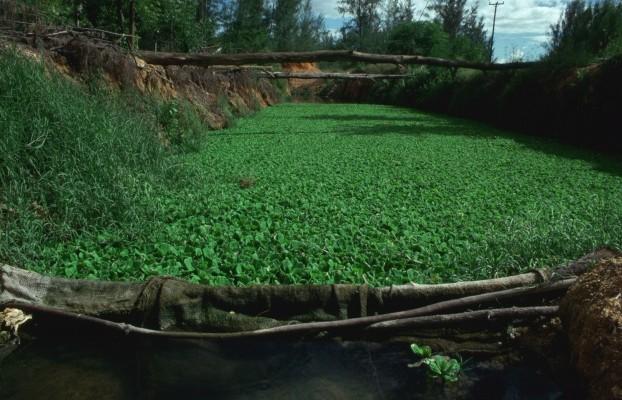 Biofiltration is the process of passing air or water through a porous, moist material containing microorganisms in order to remove odors and contaminants. The contaminants are degraded to basic compounds like water or carbon dioxide, along with other benign biomass products, all as byproducts of the microbes’ metabolic processes. Biofiltration systems are used to treat wastewater and industrial gaseous emissions, as well as emissions from composting operations, among other applications. They have been used since the 1950s for removing noxious odors, but are now seeing widespread use for removal of industrial contaminants as well. Different strains of bacteria, along with moisture, pH and temperature control, can be used to effectively degrade various target contaminants. Unlike traditional filters, biofilters destroy harmful substances rather than just filtering them out, but they can only work with biodegradable contaminants. Biofiltration is mainly used to destroy toxic emissions like fuel-generated hydrocarbons and certain types of volatile organic compounds (VOCs).

VOCs are created and released during production of a wide variety of products that contain organic chemicals, including paints, cleaning supplies, cosmetics and fuels. They are technically carbon compounds that react with oxygen-containing molecules in the atmosphere when exposed to sunlight, leading to the formation of ozone containing smog.

Biofiltration pond near Mombasa, Kenya. Nile cabbage in the pond removes impurities from the water so it can be used as a fish farm.