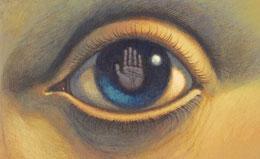 Are their brains not wired to feel what others feel, or do they just not care? Alison Abbott joins researchers looking into normal neurobiology through the scope of psychopathy. It is a rare event that patient 13 is let out of the high security Dr S. van Mesdag Clinic in Groningen, the Netherlands, and he is making the most of the attention he is getting. Already, the prison guards have had to accompany him from the University of Groningen’s functional magnetic resonance imaging (fMRI) scanner to the toilet four times in two hours. The guards indulge him with a shrug. Research psychologist Harma Meffert, who has recruited him for her study, is just as tolerant. That can’t be easy, given that she has to spend at least 20 minutes resettling him into the scanner after each interruption

Wearing nothing but blue cotton surgical pyjamas and a constant smile, patient 13 doesn’t seem to present much of a threat. In fact with his jewellery removed and his tattoos covered he looks decidedly small and vulnerable. But no one is forgetting why he was recruited to Meffert’s study. Patient 13 has scored the maximum possible on the Psychopathy Checklist-Revised (PCL-R) rating scale, the ubiquitous tool psychiatrists use to identify the personality and behavioural traits that define the clinical syndrome ‘psychopathy’. Lack of empathy is a key feature.

As it happens, Meffert’s lab chief, Christian Keysers, the 34-year-old director of the university’s neuroimaging centre, is not primarily interested in psychopathy per se. The major focus of his research is empathy — the way we can’t help feeling awful when we see a loved one cry, or can’t stop our stomach sinking when someone’s face darkens in anger. One major theory holds that we understand what another person is feeling by activating the same […] Cell phones can be a direct connection to God, according to Pope Francis. “Even though…