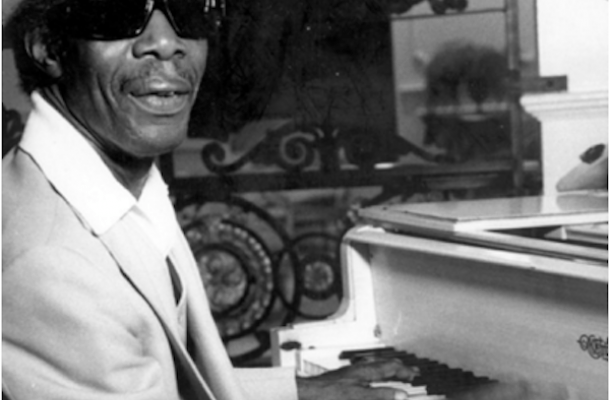 Professor Longhair (December 19, 1918 — January 30, 1980; born Henry Roeland Byrd, also known as Roy “Bald Head” Byrd and as Fess) was a New Orleans blues singer and pianist. Professor Longhair is noteworthy for having been active in two distinct periods, both in the heyday of early rhythm and blues, and in the resurgence of interest in traditional jazz after the founding of the New Orleans Jazz and Heritage Festival.
The journalist Tony Russell, in his book The Blues — From Robert Johnson to Robert Cray, stated “The vivacious rhumba-rhythmed piano blues and choked singing typical of Fess were too weird to sell millions of records; he had to be content with siring musical offspring who were simple enough to manage that, like Fats Domino or Huey “Piano” Smith. But he is also acknowledged as a father figure by subtler players like Allen Toussaint and Dr. John.”

Professor Longhair was born on December 19, 1918 in Bogalusa, Louisiana. He made a living as a street hustler until he started to play piano seriously in his thirties. He taught himself how to play on a piano with missing keys so his style became distinct.

He began his career in New Orleans in 1948, earning a gig at the Caldonia Club, where the owner, Mike Tessitore, bestowed Longhair with his stage name (due to Byrd’s shaggy coiffure). Longhair first recorded in 1949, creating four songs (including the first version of his signature song, “Mardi Gras in New Orleans,” complete with whistled intro) for the Dallas, Texas based Star Talent label. His band was called the Shuffling Hungarians, for reasons lost to time. Union problems curtailed their release, but Longhair’s next effort for Mercury Records the same year was a winner. Throughout the 1950s, he recorded for Atlantic Records, Federal Records and other, local, labels. Professor Longhair had only one national commercial hit, “Bald Head” in 1950, credited to Roy Byrd & His Blues Jumpers. He also recorded his pet numbers “Tipitina”, “Big Chief” and “Go to the Mardi Gras”.

Listen to “Go to the Mardi Gras”