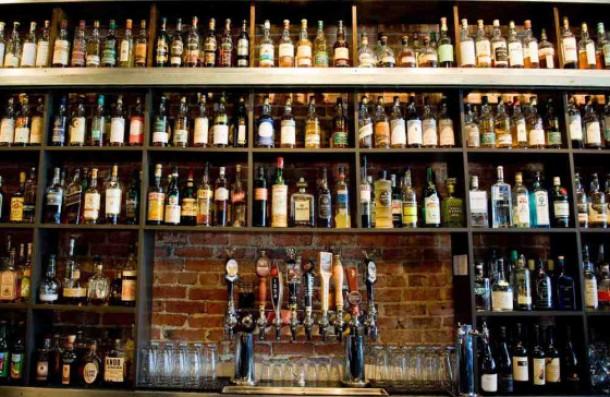 Ahhh, the mysterious and wonderful distilled alcoholic beverage made from fermented grain mash has been an inspiration to songwriters across time. Different grains are used in various varieties: barley, malted barley, rye, wheat, and corn. The whiskey spirit is regulated as a liquid, but when the spirit grabs you, songs of winning and of heartbreak stir the soul as if we were all aging in wooden barrels.

Pete Seeger gave us a haunting “Rye Whiskey.”  He was known as a premier Folk singer and was a fixture on nationwide radio in the 1940s, he also had a string of hit records during the early 1950s as a member of The Weavers, most notably their recording of Lead Belly’s “Goodnight, Irene“, which topped the charts for 13 weeks in 1950. Members of The Weavers were blacklisted during the McCarthy Era. In the 1960s, he re-emerged on the public scene as a prominent singer of protest folk rock music.

Although Rye Whiskey (Which has a more spicy & fruitful version of it’s Kentucky cousin, Bourbon) was prevalent in the North East US, New England, and Canada, it carries on somewhat of an America rebellious spirit. Our first President of the United States, George Washington, had an active distillery at Mt. Vernon. Yep, that’s right: George was well known to brew a stiff drink.

Whiskey is not just for the old guys. These Youngin’s from Brooklyn got together over steak, alcohol, and an excuse to sing the blues about their failed relationships. Together, they make up the Punch Brothers. Give a listen to their “Rye Whiskey” song.

The Bourbon whiskey is a barrel-aged distilled spirit primarily made from corn. The name comes from the area in and around Bourbon, Kentucky (which was named after the French House of Bourbon Royal Family) It has been produced since the early 1700’s. Leave it to America to totally Rock-n-Roll it up from it’s royal heritages.

“Hey lady! Give me that shotglass!”

Could the fall of the House of Bourbon during the French Revolution be the inspiration behind the Rebellious Spirit of the Great State of Kentucky’s name sake drink?

Listen to this tune and you will be singing Dixie and moving to Georgia on a flatbed in no time.

And you can’t talk about whiskey if you don’t mention the Irish. They seem to have the monopoly on that. Heck, they even have a Whiskey Saint Patrick who has a wooden leg and a holiday set aside just for everybody on the planet to celebrate their “Kiss Me I’m Irish” heritage.

Listen to the Pogues singing “Streams of Whiskey”

“Whiskey makes some people want to learn how to play the banjo, but not me…” said that strange little mountain kid from the movie “Deliverance”

And so what have we got after swaddling our little canoe down Whiskey River? In each and every adventure, we come across common tales of heartbreak, and of the blues, and completely on the bust.

This just proves the point to “drink responsibly” or you’ll end up naked in a barrel talking to a scarecrow.

And speaking of scarecrows…